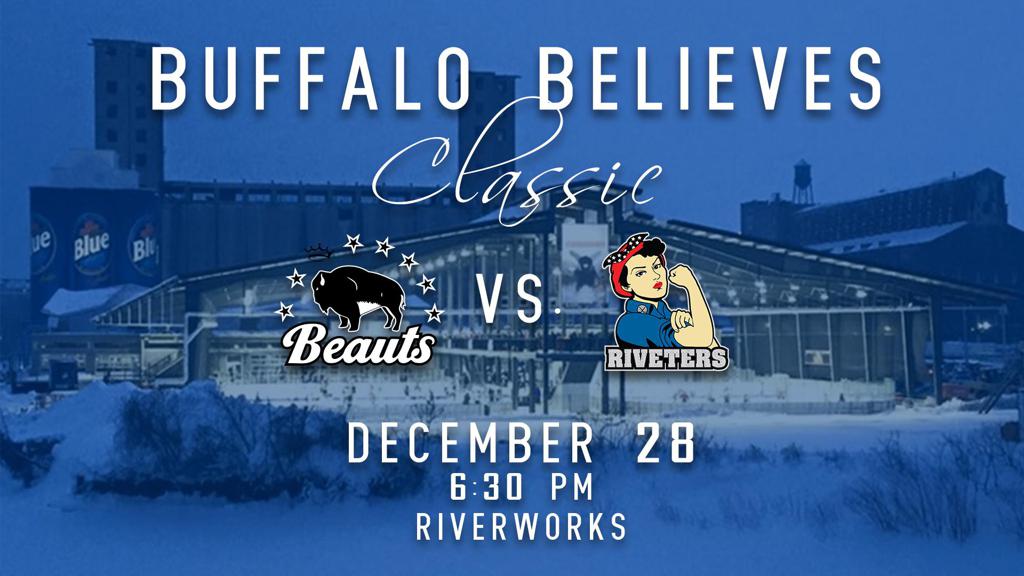 The Buffalo Beauts will host the first NWHL outdoor game in league history, and the second North American professional woman’s game outdoors, on December 28th. The NWHL announced on Tuesday that the Beauts will host the Metropolitan Riveters in the ‘Buffalo Believes’ Classic at Riverworks.

The event, which will be held on a Saturday night, will take place at 6:30 pm. This marks the first ever game outdoors between two NWHL organizations. The previous professional game to take place outside, at Gillette Stadium in 2016, took place between the NWHL’s Boston Pride and CWHL’s Les Canadiennes.

Riverworks is a 1000-seat facility that will provide an intimate setting for the event, bringing fans and players close together for this historical night. Beauts’ season ticket holders will get access to the event, as the game will be included in the 11 game slate open to STH’s.

“RiverWorks is such an amazing venue,” said Buffalo GM Mandy Cronin. “This is going to be an important and fun day – a genuine celebration of our sport in the great hockey city of Buffalo.”

Among the initiatives, according to the official press release, is a special Beauts Beer to mark this historic occasion.

According to the NWHL, more details will be available in the coming months.