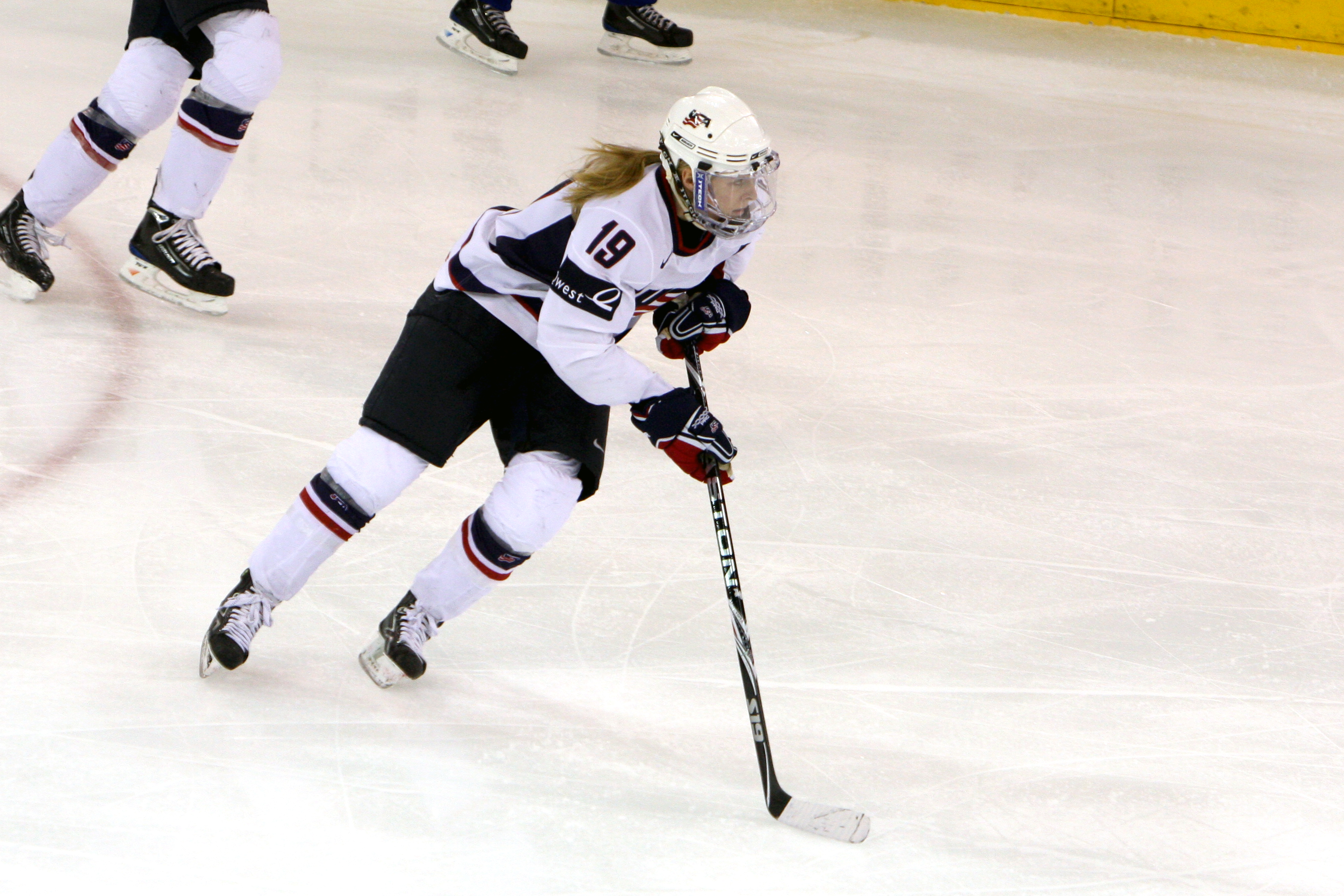 2018 Olympic Gold Medalist and five-time World Champion Gigi Marvin has agreed to join the broadcast team at Northeastern University. Marvin will be serving as the color commentator on numerous Northeastern men’s and women’s hockey games this season, The Women’s Hockey Tribune has learned. Her time at Matthews Arena begins this week, as she will serve as the color analyst to Rob Rudnick for Northeastern’s men’s matchup with UMass on Friday night. The game will air on NESN at 7:00 pm.

Marvin will make her women’s hockey commentary debut at Northeastern on Saturday afternoon, when the Huskies host the rival Boston University Terriers. She’ll serve as the color analyst for that game as well, while yours truly hands the play-by-play call. That game also airs on NESN at 3:00 pm eastern.

Marvin is the second member of the 2018 Gold Medal winning Team USA group to showcase her talents on-air. Northeastern graduate Kendall Coyne Schofield served as a guest commentator for the Huskies prior to landing a position with NBCSN. This season, she’s serving as an analyst at NHL Network and with the San Jose Sharks broadcast team on NBC Sports Bay Area.

Fans will get to see Marvin throughout the winter at Matthews Arena. Most of the games will air on NESN and NESN+, while a select few games are exclusively online at Howlin’ Huskie Productions.

Full marks to the terrific team at Northeastern for helping women like Marvin and Coyne Schofield break the broadcasting barrier. Hockey broadcasting, even in the women’s game, has been dominated by men for years. There are so many capable women who can and should be on the air, but they never get the opportunity. The team at Northeastern has time and again given these women the platform they have earned. They deserve a lot of credit.

Be sure to tune in on Friday and Saturday night to see Marvin make her debut on the mic!