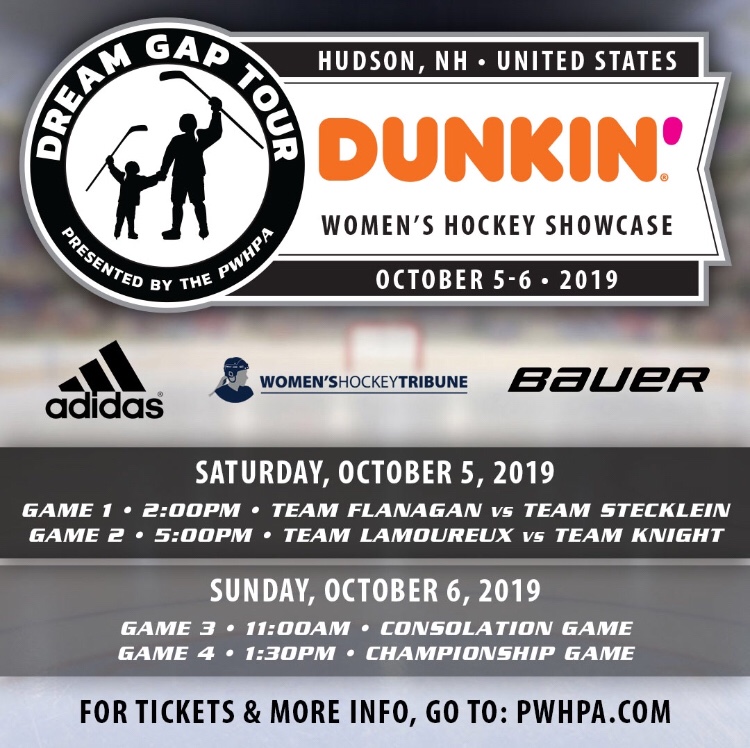 The games are less than 24 hours away, but the fun has already begun. The PWHPA hit Hudson on Friday for a day filled with special memories for those in attendance. The group of players held a girls hockey clinic at Cyclones Arena, then signed autographs and took pictures with fans.

In addition, Team USA 2018 Olympic Gold Medalist Amanda Pelkey stopped by Dunkin’ Donuts in nearby Nashua to take pictures with fans, sign autographs and even serve up some coffee!

The games will begin tomorrow at 2:00 pm when Team Flanagan takes on Team Stecklein. The Women’s Hockey Tribune is extremely excited to serve as a sponsor for this event. Our own Alex Thomas will also serve as the play-by-play broadcaster for the games on Saturday afternoon.

Here’s a look at some of the sights from Friday!