Sportsnet Steps Up To Help Promote Women’s Hockey On Television 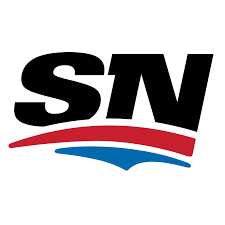 Last week, NHL Network presented a full day of women’s hockey featuring Team USA. Sportsnet is joining the party in an effort to promote women’s hockey on television as they will be showing old CWHL games six times in the next two weeks.

The best players in the world used to call this league home before the doors closed a year ago. Most of the players who played in the CWHL joined the Professional Women’s Hockey Players Association (PWHPA) this past season. If you want to see action-packed games, you won’t want to miss these.

The first game aired on Sportsnet on Monday, April 6th with the 2015 Clarkson Cup Semifinal: Boston Blades v Toronto Furies. Sportsnet will be airing these games every Monday, Wednesday, and Friday for the next two weeks. There could be more games that could be shown down the line, but for right now the last CWHL game being shown is on April 17th. These games start at 11 a.m and will end at 1 p.m. It will be interesting to see how much of these games are truncated.

Here is the schedule through April 17th:

If you recall, we here at the Women’s Hockey Tribune pushed to promote women’s hockey on television given there were no live professional sports on. The first network to step up was NBC when they showed the 2018 Women’s Olympic Gold Medal game between Team USA and Team Canada. While the whole game could have been, it was still something. While it was one game, more games could have been shown across a variety of networks.

After multiple articles from this outlet, the next network to step up was the NHL Network. They dedicated last Tuesday to women’s hockey. They showed Team USA’s run to the 2019 IIHF World Championship and the 2020 Rivalry Series between Canada and the United States.

The initial feedback from the NBC game and the NHL Network games were good. Why not keep it up? Like we have mentioned before, there are hours of archived footage. Twitch is doing their part by showing NWHL Open Ice, which the fans love. If hockey is truly for everyone, then promote it as so. This is the perfect opportunity for the world to see what these amazing hockey players do for the sport.