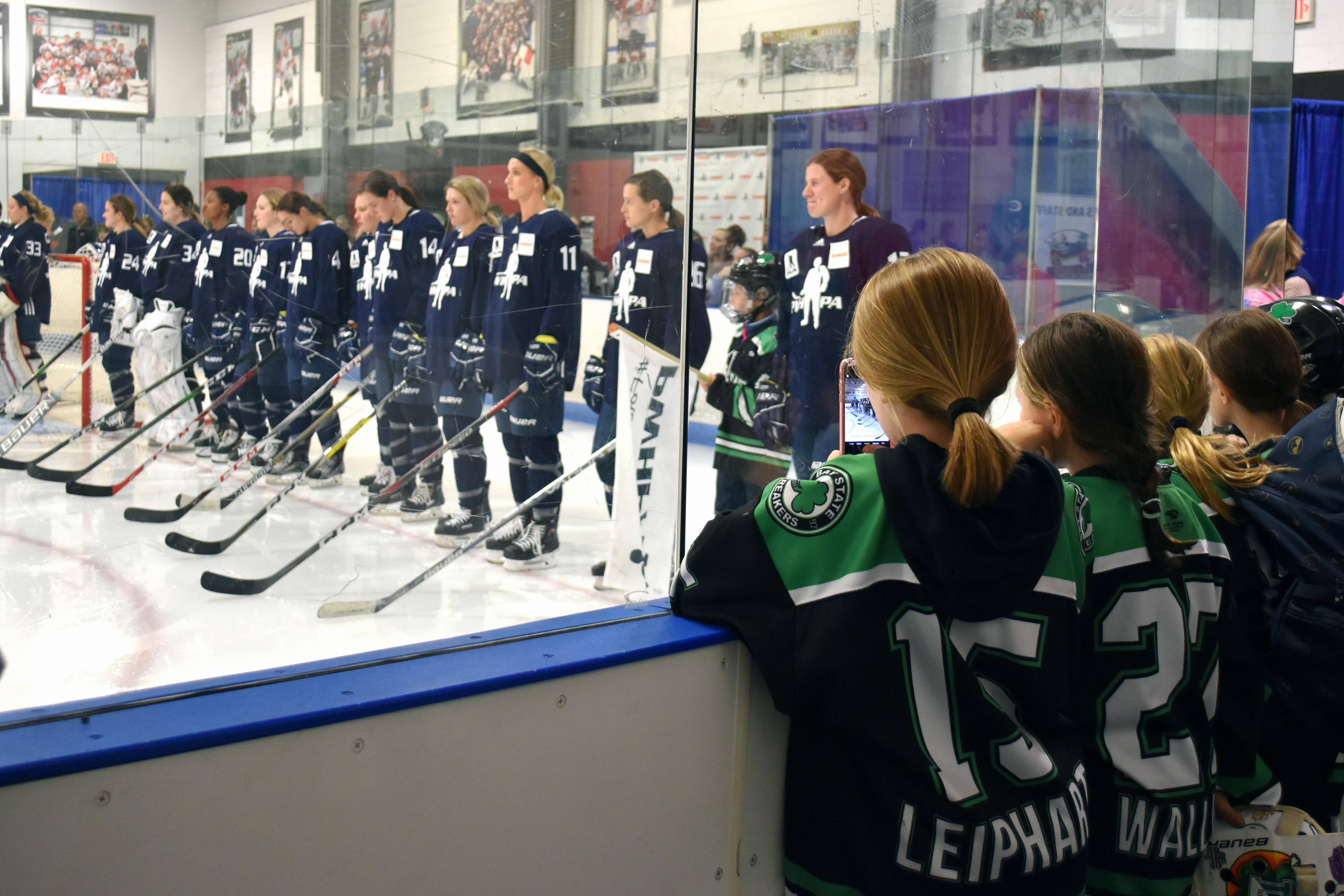 Walking down the walkway to reach the interview area, restrooms or snack shack was nearly impossible on Saturday at Cyclones Arena in Hudson. Why? The house was completely packed with fans there to watch their idols from the PWHPA in the Dunkin’ showcase. The action on the ice lived up to the hype. Team Stecklein knocked off Team Flanagan in a skill-filled first game, then Team Knight edged Team Lamoureux in a physical, chippy affair. Team Stecklein eventually won the event, but that isn’t what people will remember from this past weekend.

Fans from all over, not just New England, packed into the rink to watch the likes of Kendall Coyne-Schofield, Hilary Knight, Marie-Philip Poulin and Jill Saulnier. Countless CWHL, NWHL and youth hockey jerseys dotted the stands. Hundreds of little girls with signs cheering on their hockey idols cheered loudly all afternoon. It got loud quickly, and stayed loud all afternoon. The atmosphere was electric.

Think this doesn’t matter to people? Think women’s hockey has no fanbase? I had the honor to call the Saturday games on the PWHPA live stream, and was in the building hours before puck drop. I ran into one fan who drove over 13 hours from Ontario to be in Hudson. “These women deserve our support,” he told me in the lobby of the rink prior to the games. “We’re the diehards, it’s frustrating that we can’t watch games on TV, that there is almost no coverage. They deserve it.” He’s right, these women deserve the media coverage. He’s committed to supporting this product. Wearing his Team Canada hat and Les Canadiennes de Montréal jersey, he told me he’ll also be making the trek to Chicago next weekend.

There is a desire for women’s hockey, whether people want to admit it or not.

During the second intermission of the first game, I interviewed the Assabet Valley youth girls team that was there watching their coaches player. Bailey Larson, one of the coaches, scored a goal and picked up an assist in her game. At first, the girls were excited to be interviewed and get on TV. They quickly turned serious when I asked how important this event was to them. “We have idols to look up to. Our coaches and idols didn’t have those professional women to look up to,” one of the girls began. “It shows us that we can go on and play professional hockey just like the boys,” continued another.

It was eye opening to me to see these young girls, who were enjoying a fun day at the rink, get so serious. They understood the magnitude of this Dream Gap Tour. They know how important this is. They know that the women they watched this weekend are working hard to open doors that they never had available to them.

Toronto was a resounding success for the PWHPA. Now that the dust has settled, we can call Hudson a massive success too. The building was electric all weekend long. The fans were engaged and gave these talented women the support they deserve. Once again, eyes were opened and momentum was gained in Hudson.