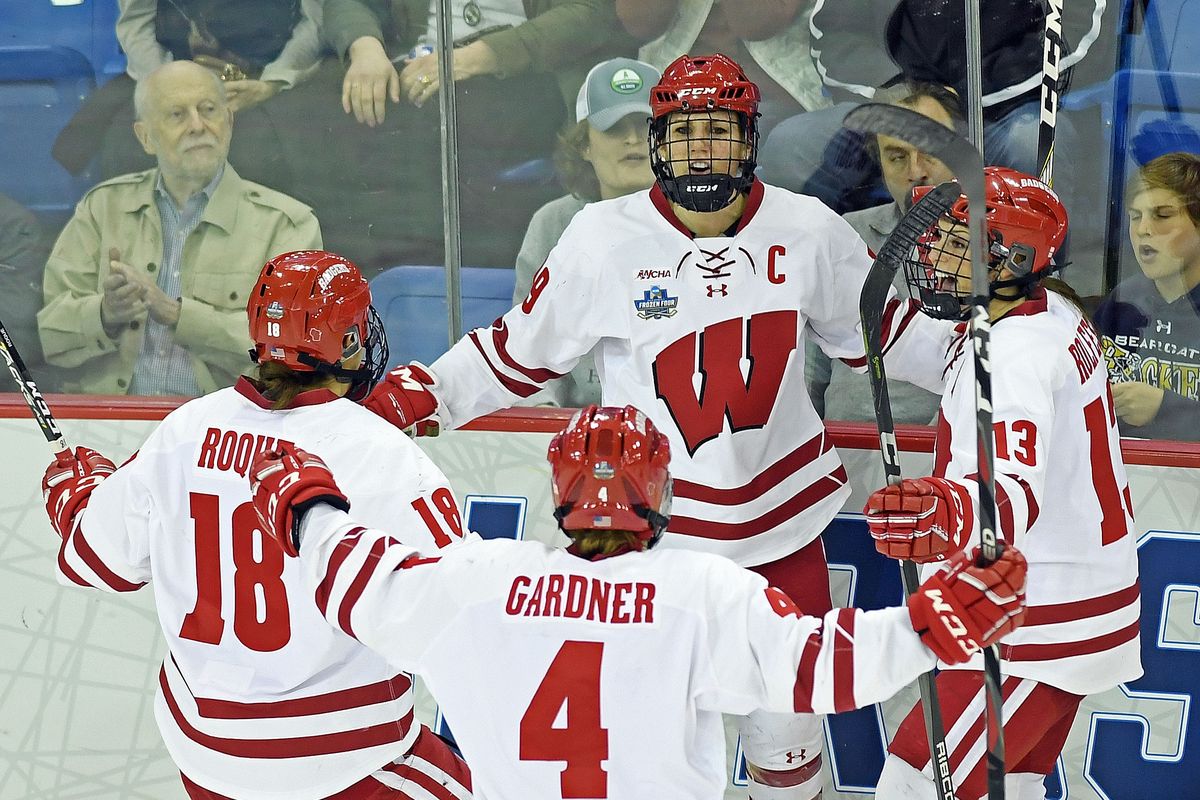 The Wisconsin Badgers received eight of 15 first place votes, edging their rivals from Minnesota and taking the top spot in women’s college hockey. The Badgers swept the ‘Country Classic’ in Nashville last weekend, clobbering Harvard and then knocking off Boston College.

The Golden Gophers, who also beat Harvard but tied BC, got the other seven votes and now reside in second in the USCHO rankings. Northeastern, thanks to an 11-0 victory over Holy Cross, has jumped to the third spot in the rankings. They pass a Cornell team that split a weekend series with Ohio State.

Speaking of the Buckeyes, their win over Cornell on Friday helped push them to the fifth spot in the ranking, their highest of the season. Princeton comes in at sixth, while Clarkson (#7) and Boston College (#8) round out the tournament teams.

Boston University is #9, while Minnesota Duluth closes out the rankings as the #10 team in the nation.

Harvard received just a single vote after a difficult weekend, while Robert Morris and Mercyhurst each got five votes.

The only two teams that remained in the same spot as last week were Clarkson and Boston College.

#1 Wisconsin and #10 Minnesota Duluth will play their lone December matchups against each other this weekend in Madison. They’ll play Friday night at 7:07 pm and then finish the weekend on Saturday night.

#3 Northeastern will go for a season sweep over Holy Cross on Wednesday at 6:00 pm. Craig White and myself will have the call of that contest on CBS Sports Extra. The Huskies have outscored the Crusaders 17-0 through the first two games of the series.

#4 Cornell has a weekend set on the road, starting Friday night at #6 Princeton. It finishes on Saturday afternoon (3:00 pm) in Hamden, CT against the Quinnipiac Bobcats. Should the Bobcats win that game, they’ll be in line for votes next week.

Speaking of Princeton, they host a pair of games this weekend. In addition to Cornell, Colgate will visit the Tigers on Saturday at 3:00 pm. After that, it’s a trip to Vegas for the Tigers to battle #5 Ohio State.

As for the Buckeyes this weekend? They are off. They’ll return to the ice on Saturday, December 14th in Vegas for a weekend set with Princeton.

#7 Clarkson hosts RPI Friday and Union Saturday in ECAC action to close out the month.

#8 Boston College and #9 Boston University will play a home-and-home set this weekend that starts on Friday night at Walter Brown Arena. It’s a quick turnaround after the 7:05 pm start, as the teams play a 1:30 pm game on Saturday at the Conte Forum. Both games can be seen on NESN+.