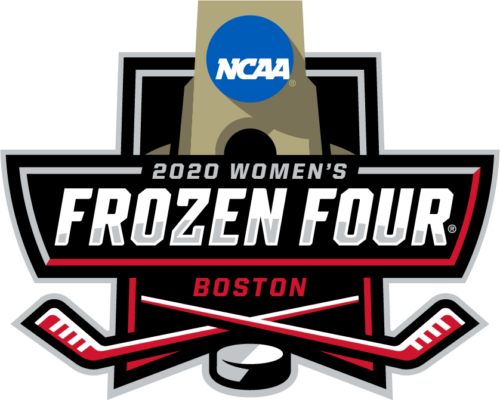 Conference tournaments wrapped up on Sunday with some surprises and some expected outcomes. Northeastern rolled over UConn 9-1 to win their third Hockey East title in a row, while Ohio State shocked Wisconsin in overtime to win their first ever WCHA Championship.

Both of those teams, thanks to their conference championships, are into the dance. Princeton (ECAC) and Mercyhurst (CHA) also claimed automatic bids into the tournament thanks to their work over the weekend. Rounding out the field of eight? At-large bids Wisconsin, Minnesota, Clarkson and Cornell.

Wisconsin and Minnesota, both at-large bids, will host games. Although they both came up short over the weekend, that isn’t a surprise. Both the Badgers and Golden Gophers were among the elite teams in the country all season long.

Cornell will also host as an at-large after a strong regular season. They fell to Princeton in overtime in the ECAC Championship.

The top four seeds, as announced on Sunday night, will be #1 Cornell, #2 Wisconsin, #3 Northeastern and #4 Minnesota.

Cornell, who defeated Northeastern last season in the Quarterfinal, will host Mercyhurst. Wisconsin will get a visit from Clarkson, while Princeton heads to Northeastern to battle the Huskies. It is just the second time ever that Northeastern will host an NCAA tournament game.

Minnesota will get a rematch with Ohio State, this time in the ‘State of Hockey’.

The Northeastern battle against Princeton will take place on Saturday, March 14th at 1:00 pm at Matthews Arena. The Big Red will host the Lakers an hour later at 2:00 pm in New York.

Out in the mid-west, Wisconsin will host Clarkson at 3:00 pm. It is the 7th straight NCAA Quarterfinal at La Bahn Arena. The Badgers are 11-0 all-time on home ice in the tournament.

The last game of the day starts at 5:00 pm when the Buckeyes visit the Golden Gophers. The defending National runners-up are looking to advance to the Frozen Four for the second season in a row. They defeated Princeton 5-2 in a Quarterfinal last spring. Overall, the Gophers are 11-3 in NCAA Quarterfinal games.