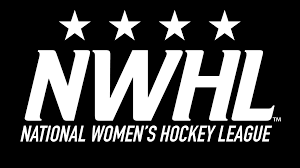 There will be sports once again this evening. The NWHL will hold its annual Draft tonight and tomorrow night. Rounds 1 and 2 will take place tonight, while rounds 3-5 take place on Wednesday night. Unfortunately, the event is not available on TV. You can, however, tune in on Twitter.

Draft picks will be players who completed their collegiate careers earlier this year, per the league’s release. Previously, NWHL teams were able to select players with college eligibility remaining. Teams can begin contract negotiations with players only once the draft reveal is over.

“As the NWHL continues to showcase women’s hockey and its remarkable players, we recognize that the draft is a cherished and important moment in a professional athlete’s career,” NWHL Deputy Commissioner and Director of Player Development Michelle Picard said in the release.

“We hope everyone joins us on Tuesday and Wednesday as we announce the drafting of 30 players and celebrate their achievements and their college programs,” she continued. “We know that many of these players will have important roles on their NWHL teams in the upcoming season, and we look forward to the launch of their professional hockey careers.”

Toronto, announced as an expansion franchise last week, currently holds the first overall selection. That could very easily change before all is said and done. The Boston Pride, who were the top team in the 2019-20 regular season and were set to host the Isobel Cup, are rumored to be hot after the selection.

Toronto will only select first in the first round. For rounds 2-5, they will select second behind the Connecticut Whale. The Whale finished with the worst record in 2019-20, going 2-20-2. The Whale hold the second overall selection in the draft.

Here is the order of selection, via the league, for tonight.

Stay tuned to the Women’s Hockey Tribune for up to the minute updates from night 1 of the NWHL draft!