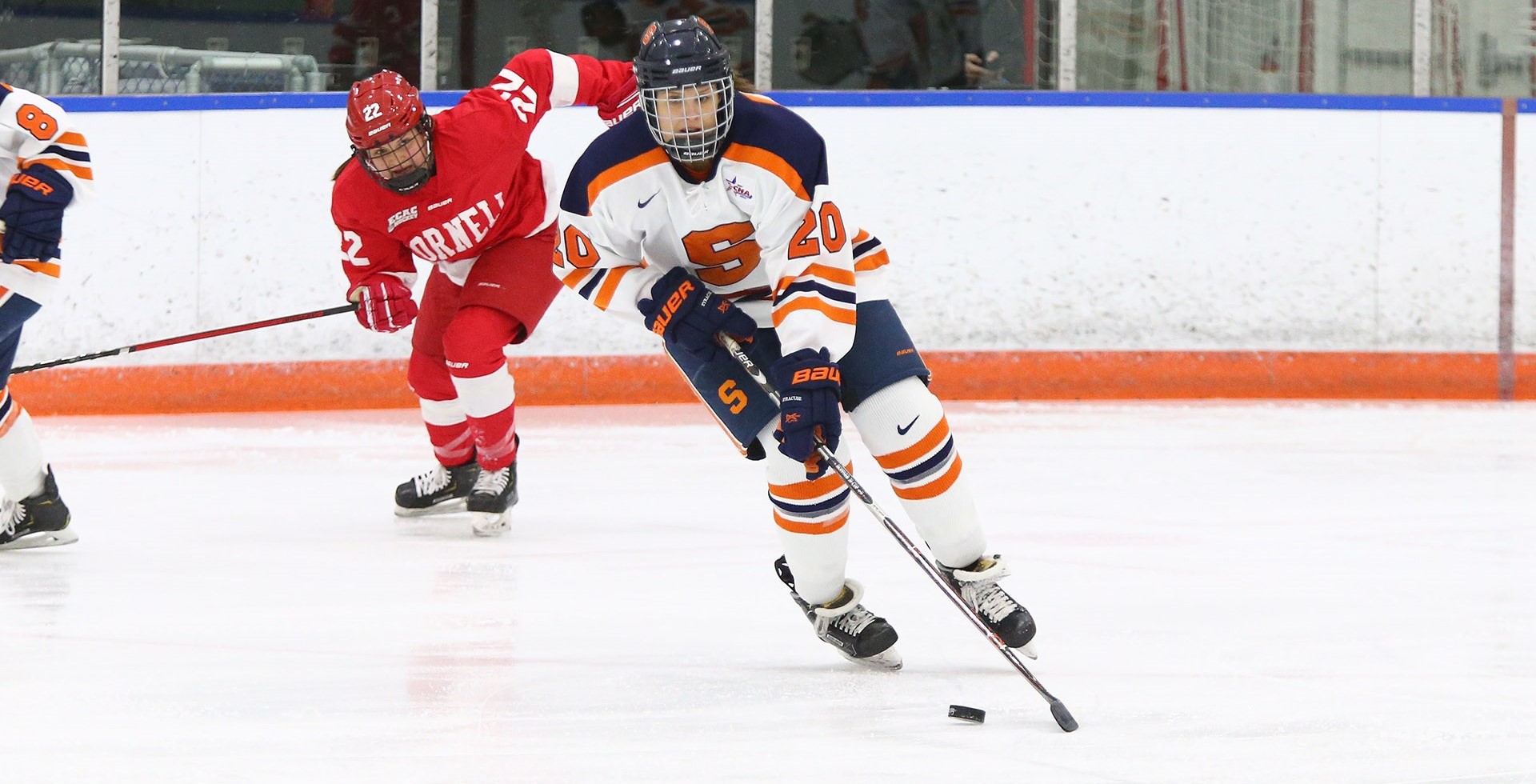 The final two days before Thanksgiving will feature some solid women’s hockey matchups throughout the NCAA. It starts tonight in Syracuse, New York. The Orange, a tournament team a season ago, will battle Cornell at 7:00 pm. The Big Red also made the tournament last season, advancing to the Frozen Four after collecting a 3-2 overtime victory over Northeastern at Matthews Arena in the National Quarterfinal.

For the Big Red, it kicks off a vital week that will provide a real measuring stick. They play Syracuse tonight and then head to Columbus to battle Ohio State in a back-to-back affair.

This will be the 14th all-time meeting between Cornell and Syracuse. This series dates back to 2009-10, and quite frankly has been completely dominated by Cornell. The Big Red are 12-1-0 against their in-state rivals. Cornell swept the season series 2-0-0 last year, claiming a 4-1 home victory to open the season before a 5-2 decision in Syracuse in January.

This is the only scheduled meeting on the year between the teams.

The Orange made the tournament last season, checking in as the #8 team in the bracket and bowing out to Wisconsin in the Quarterfinal. They got in thanks to winning the CHA tournament a season ago. This year has not been as kind. The Orange are just 3-11-1 on the season. That said, they’ve tested themselves with some high-end out of conference games.

The Orange lost to #3 Clarkson (twice), #7 Boston College, #3 Northeastern (twice), #6 Princeton and an unranked but strong Colgate team. All rankings reflect the ranking at the time of the matchup.

Syracuse is coming off of a 3-1 victory over Penn State on Sunday, going 1-0-1 overall on the weekend.

There are four other games to be played on this Tuesday, starting with a little afternoon puck at 1:00 pm. Neumann visits Post to kick off the day. The 5-11 Eagles are coming off of two victories over Wilkes University over the weekend. The Knights, meanwhile, are 5-2 and just knocked off Lebanon Valley College 2-0 on Saturday.

RIT visits Colgate tonight in an all-New York battle. RIT, 4-7-2, is coming off of a 2-2 tie with Union a week ago tonight. Colgate, meanwhile, is licking their wounds after a 6-2 home loss to Ohio State on Friday night. They did recover nicely, however, tying their top ten foe 1-1 on Saturday.

Saint Michael’s visits Plymouth State at 6:00 pm, while Suffolk and Franklin Pierce meet at 7:00 pm to round out the slate.

There is just one game on the Thanksgiving Eve schedule, as Brown takes the trip to Merrimack for a 5:00 pm puck drop.