Hannah Bilka Next Up In Long Line Of BC Stars 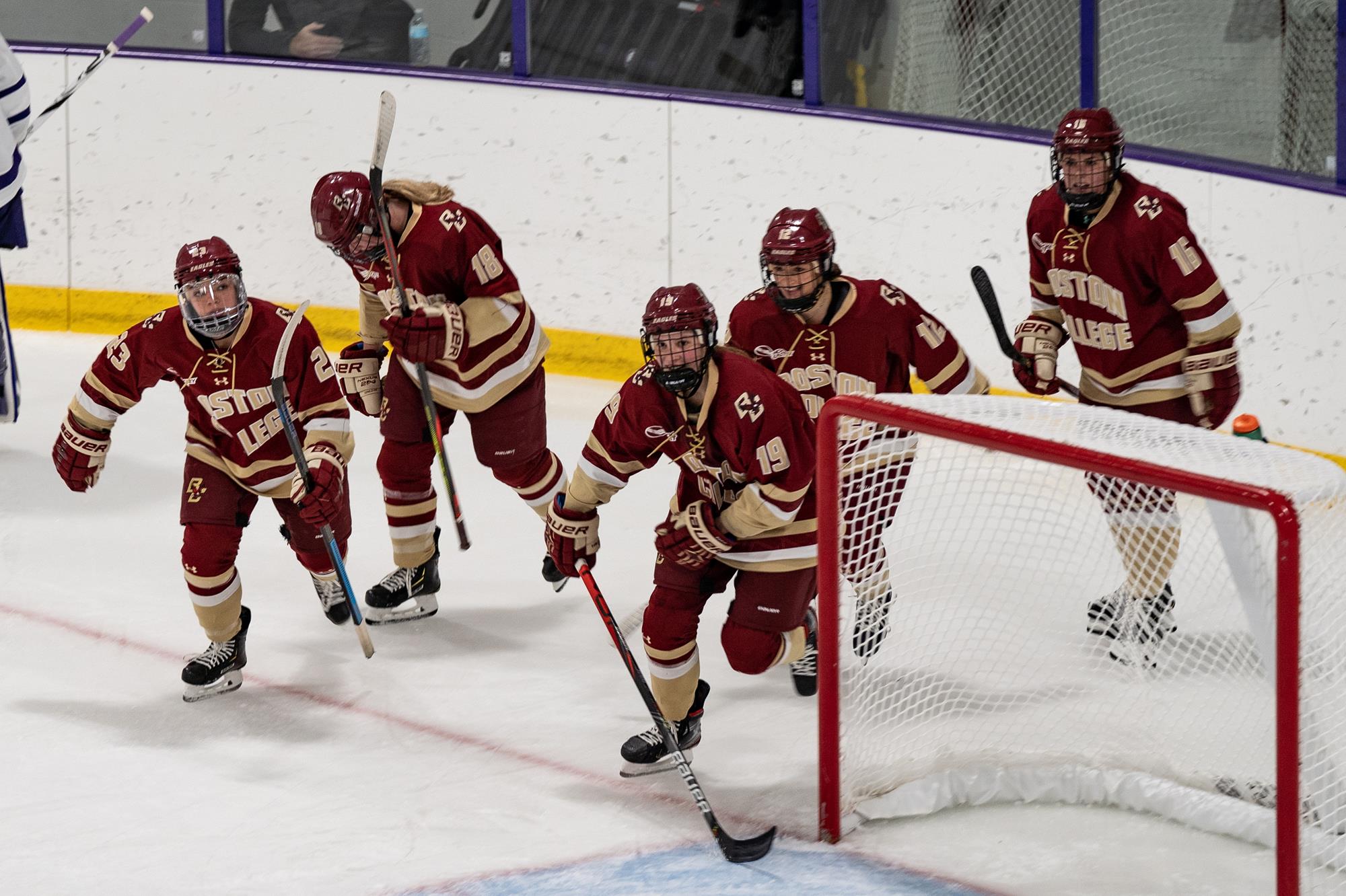 It’s also the home to Hannah Bilka, who has stormed the NCAA on the ice this fall. Bilka has made her mark on numerous levels, winning Gold and Silver at the U-18 World Junior Championships while also competing for the famed Shattuck St. Mary’s Prep school in Minnesota. Bilka was an impact player there, registering 65 points in 46 games during the 2018-19 season.

There was never a doubt that she would end up as a Division 1 hockey player. The only question was where. Where would all of that hard work lead her? It’s led her to Boston College, where Bilka is now the face of a retooled Eagles team. Gone are defensive leaders Kali Flanagan and Megan Keller, who graduated in the spring. Star forward Daryl Watts transferred to Wisconsin, while another forward, Caitrin Lonergan, transferred to Clarkson.

Bilka, in her freshman campaign, has already emerged as the next star for the Eagles. She announced her presence last Thursday night with an eye-opening four goal performance against Holy Cross at the Hart Center in Worcester. Three of her goals displayed the terrific speed and skill that she possesses. The fourth goal? Bilka went to the dirty area, setting up as a net front presence on the Eagles powerplay. She jammed home a rebound on a second chance opportunity, taking a few hacks and wacks for her troubles.

The skill she possesses is quite obvious. She seems to be a step ahead of defenses, and thinks the game at a high level. When she gets the puck, she knows exactly how she wants to attack. The game of hockey has shifted to a more speed and skill game. Bilka has both in abundance.

The thing about Bilka is that while she is extremely fast straight away, she’s also very shifty in tight spaces and can move around without much room. She’s fast, but she’s also quick. Yes, there is a difference between the two.

The thing that impressed the most watching her play? She’s willing to pay the price. Some skilled forwards just aren’t willing to get dirty, and can be thrown off their game with a little physicality. Bilka attacked the net at will against the Crusaders and even scored, as mentioned, as the net front on the powerplay. She can do it all, and she’s just getting started.

When you see the Eagles at the rink near you this winter, you’ll notice how different they are from recent seasons. Gone are the Kellers, Flanagans and Watts of the world. That’s just fine for the Eagles, they’ve got their next generation.