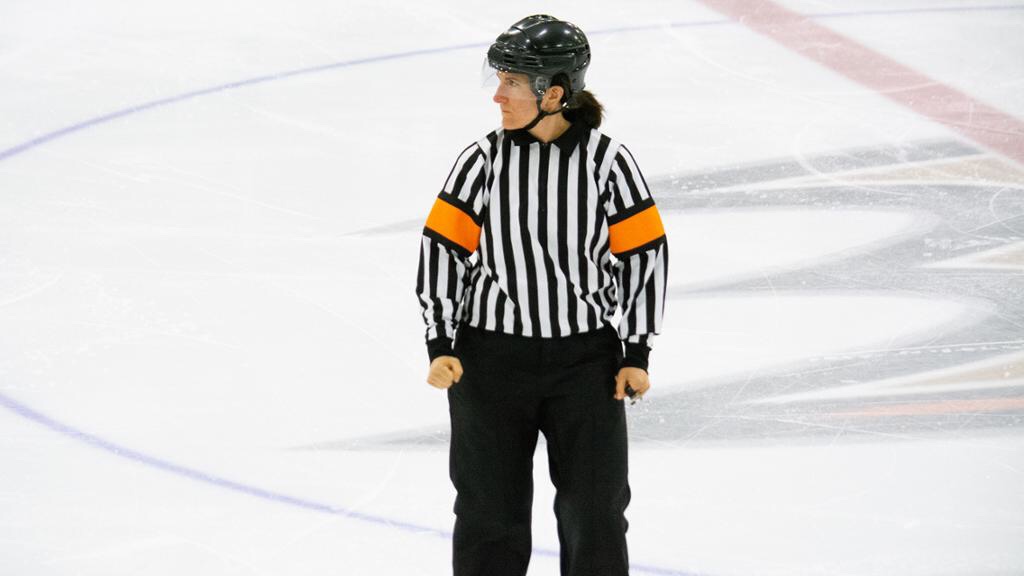 To people on the outside, it might not seem like much. Katie Guay’s 2019, however, is extremely important to women trying to make strides in hockey. For the third time in the calendar year, Guay has made history as a female official.

First, in February, she became the first woman to referee the Beanpot Championship at TD Garden. Then, just over a month later, she was part of the first all-female officiating crew at the 2019 Women’s Frozen Four.

Now, with a new season set to begin, Guay is picking up where she left off. She was one of four women selected to officiate NHL rookie tournament games, a first in league history. Guay was assigned to the Anaheim Rookie Faceoff at Great Park Ice.

“It’s been great,” Guay told the Ducks’ website. “Certainly having the chance to get out there and get a couple of games under my belt is giving me a little bit more confidence. Fun to be out there.”

Guay is the lone woman in California, but is one of four working games across the league. Referee Kelly Cooke and linesmen Kirsten Welsh and Kendall Hanley have worked games in Nashville, Buffalo and Traverse City.

“They ran us through pretty much a preseason training that NHL officials go through. Off-ice and on-ice testing. We were able to get out there and officiate some games.”

Guay never set her sights on officiating in the NHL mostly because, as she said, “if you can’t see it, you can’t be it.” Now that she’s been on the NHL ice, that’s not reality anymore. She’s seen it, she can be it.

“I never really knew it was a possibility. Now having the chance to go to the combine and then be here, it’s certainly a new opportunity for women. I hope young girls can see it as a possibility for them.”

Guay has taken the all important first step towards making the dream of a woman NHL official a reality. She’s already made history three times, now her sights can be set on a fourth time: becoming an NHL official.