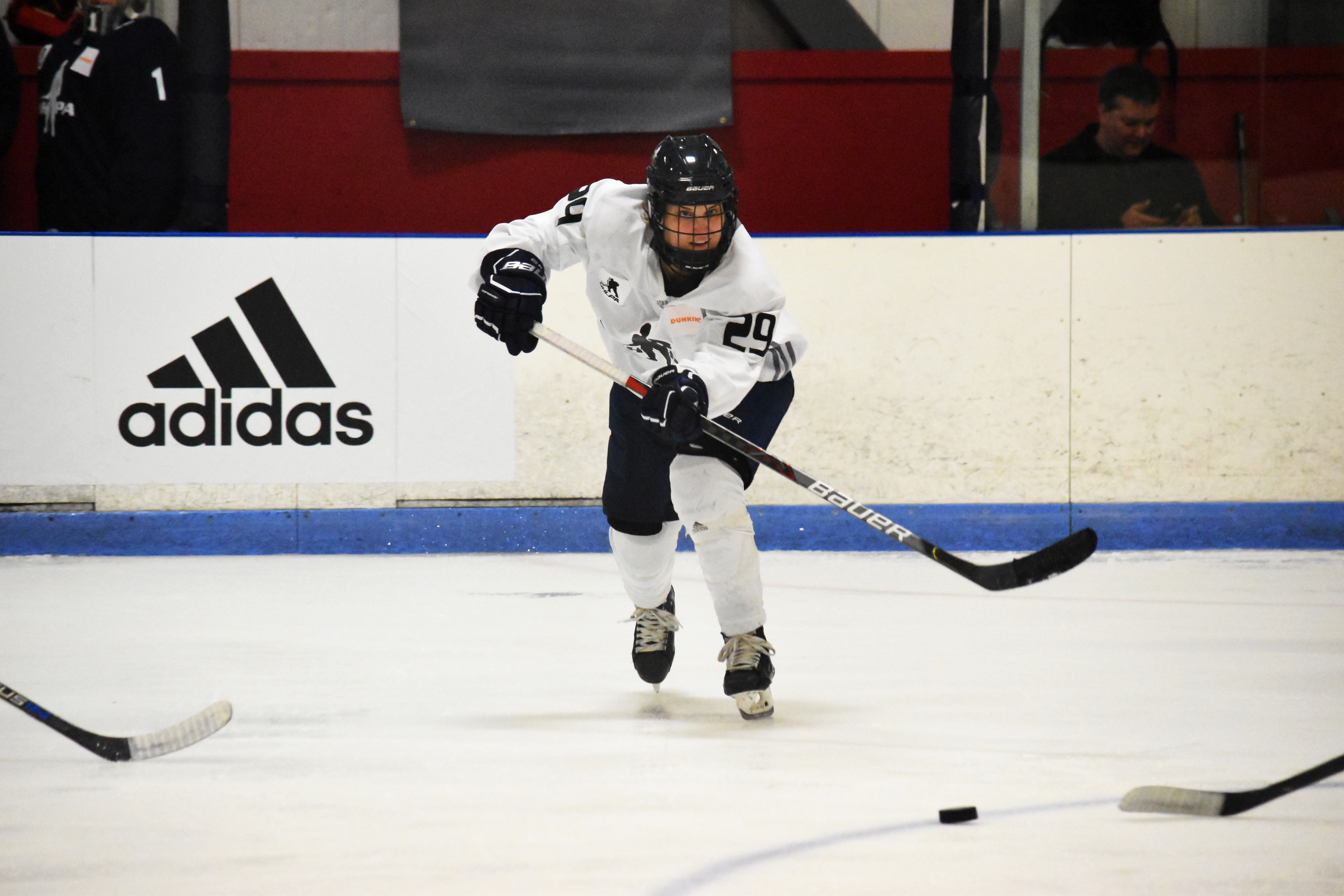 The NHLPA is trying to pass the time during the COVID-19 outbreak with another #NHLPAPlayerPoll. 588 players from all 31 NHL teams were polled anonymously on 20 hockey-related questions during the season. Included in those questions? Who the players thought was the best female hockey player.

NHL players got an up close look at some of these elite female players during All-Star weekend. That’s when the NHL hosted a three-on-three women’s game between a number of American and Canadian players. Two of those players ran away with the vote.

Marie-Philip Poulin collected 39.92% of the vote to earn the honor of best female player. The top American in the vote was Hilary Knight, who finished second with 36.29%. Kendall Coyne Schofield (15.52%) finished third, while Emily Matheson was fourth with 1.41% of the vote. ‘Other’ finished with 6.85% of the vote in this poll.

Poulin, who played college hockey at Boston University, has a pair of Olympic Gold Medals to her name. She won them in Vancouver (2010) and in Sochi (2014). She also collected a Silver Medal in 2018.

All four players played with the PWHPA during their Dream Gap Tour during the 2019-20 season. 496 votes were collected for this question.