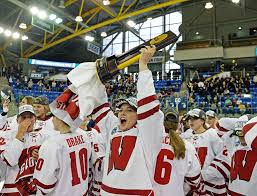 Once again, money talks for the NCAA. The tournament has come under fire in recent years for setting up the women’s ice hockey bracket with the goal of saving money. Instead of the teams being seeded on a true 1-8 basis, most times the teams are seeded to give us matchups that will save money for the organization. It ruins the integrity of the tournament and, quite frankly isn’t fair to the women who work hard all season long to earn a more favorable matchup.

BC Interruption was first to report on Wednesday that the NCAA has denied a request for an additional flight during the quarterfinal round to assist with bracket integrity. The request was made by the NCAA Women’s Ice Hockey Committee, but was denied by the NCAA Division 1 Competition Oversight Committee. Abbey Strong, chair of the NCAA Women’s Ice Hockey Committee, confirmed this news to BC Interruption earlier this week.

If change ever comes, it won’t be this year. The NCAA Women’s Ice Hockey Tournament will remain the same in 2020, with the mandate of minimization of flights at the forefront in the National Quarterfinals. Expect more matchups like Cornell @ Northeastern, even though that isn’t a tradition 3 V. 6 matchup. The NCAA Division 1 Competition Oversight Committee is more concerned with saving money than upholding integrity, it would seem.

Eventually, the NEWHA will be eligible for a berth in the NCAA Tournament. When that does happen, it could push change to the way the tournament is scheduled. Until then, however, it appears that money talks for the NCAA. Don’t expect a change in the next year or two. Integrity only matters for the NCAA when it is good for business. Apparently, they don’t think it is good for business here. Doesn’t seem fair, does it?