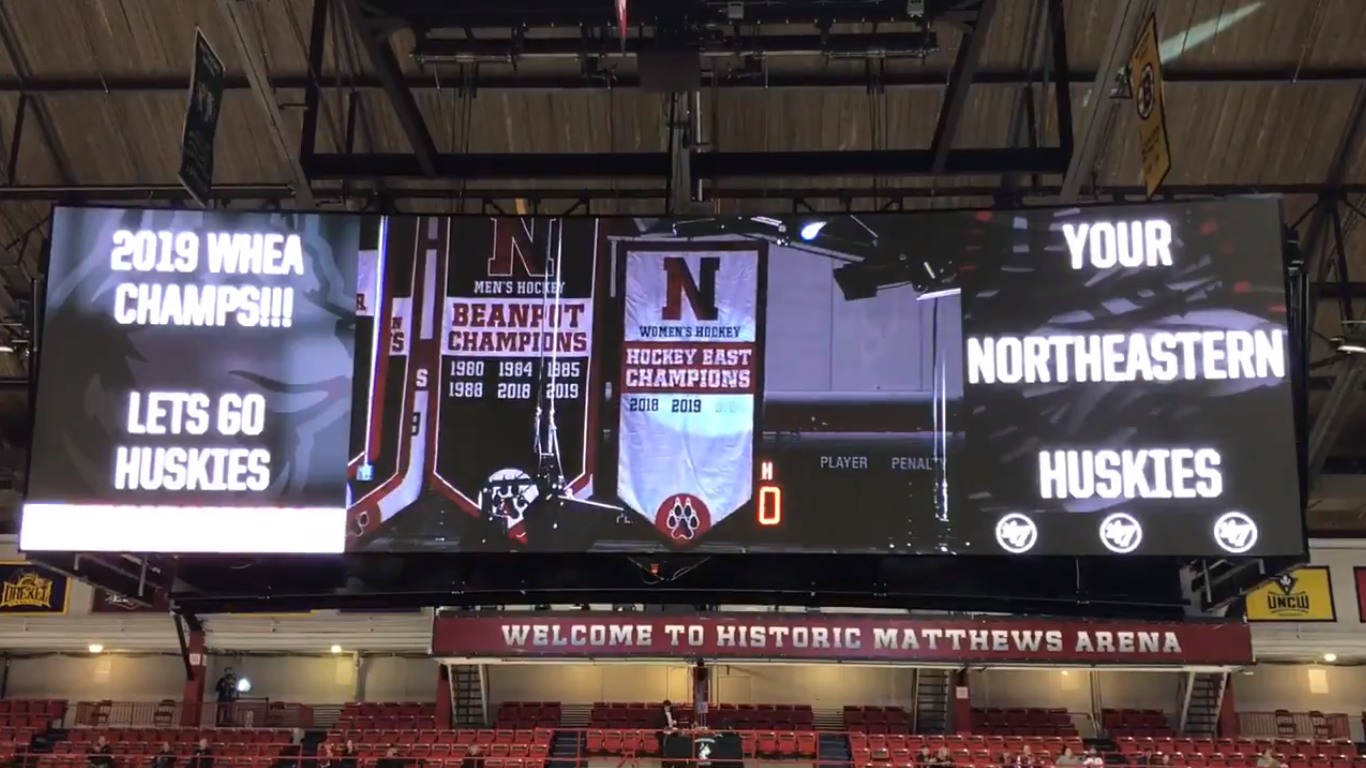 The 4-0-0 and two-time defending Women’s Hockey East Champion Northeastern Huskies returned to Matthews Arena on Sunday afternoon for the first time this season. Prior to the Huskies 4-1 victory over the Wildcats, which pushed them to 5-0-0 (2-0-0), the team had its three captains come and pull the rope to show the newest banner in Matthews.

Paige Capistran, Brooke Hobson and Matti Hartman are serving as the captains for the Huskies this season.

Northeastern got a pair of goals from star Chloe Aurard, while Skylar Fontaine and Veronika Petty added tallies in the win. Aerin Frankel collected her fifth victory of the season.