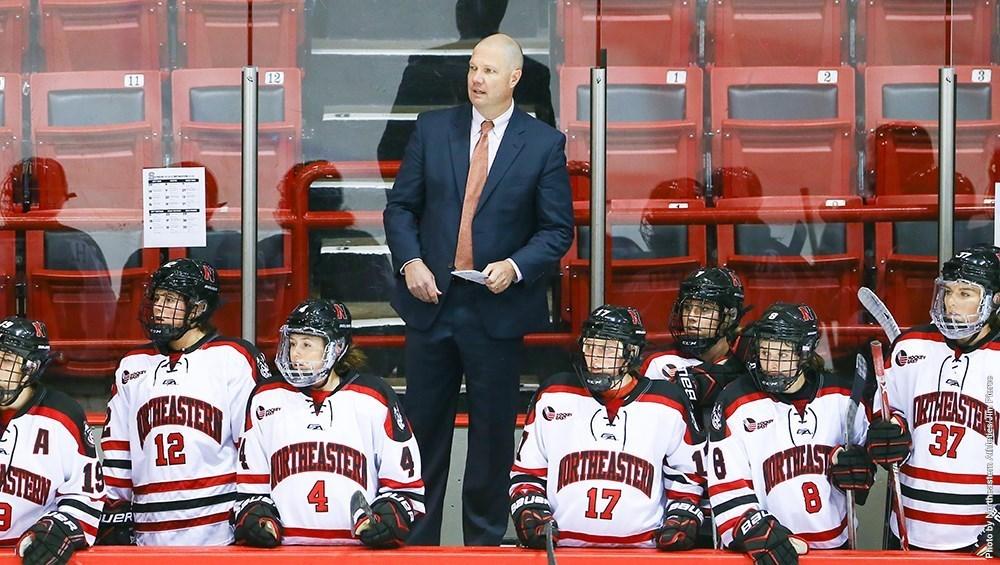 Northeastern University Head Coach Dave Flint will look to make history tonight at Matthews Arena when the Huskies take on the UNH Wildcats at 6:00 pm. Flint can become the winning-est coach in school history if his Huskies collect their second win of the year over the Wildcats. They beat UNH on October 20th at Matthews on banner day.

Flint currently has 210 wins under his belt, tied with Don MacLeod for the program record. He’s led the Huskies to their first two Women’s Hockey East Championships, defeating UConn on home ice in 2018 and Boston College in Providence in overtime last season. Flint has also coached a Patty Kazmaier winner in Kendall Coyne. She was only the second Huskie to ever win the award. Flint led Northeastern to their only NCAA Tournament appearances, guiding the Huskies there in 2016, 2018 and 2019.

Prior to joining Northeastern, Flint guided St. Anselm from 2004-2008. He won three ECAC Open Championships with the program before joining the Huskies. 88 of his NCAA wins were with that program. Flint went on to serve as an assistant coach for Team USA at the 2010 Winter Olympics in Vancouver, helping the American side claim a silver medal.

Flint overall has won 298 games as a head coach. He can reach the 300 win milestone with a weekend sweep of the Wildcats. The sides conclude the home-and-home tomorrow in New Hampshire.

You can catch the game, with our Alex Thomas on the call, live on Howlin’ Huskie Productions at 6:00 pm. Flint will join Ben Horner in the pregame open to discuss the contest.