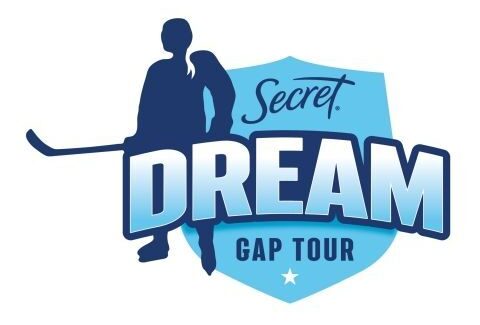 The Professional Women’s Hockey Players Association (PWHPA) announced on Thursday morning that Secret Deodorant has made a $1 million commitment to fund their Dream Gap Tour for 2021.

Not only is Secret Deodorant committing the money to the PWHPA, which is the largest commitment by any company to date for women’s hockey in North America, but they will also be the title sponsor for the upcoming Dream Gap Tour in 2021.

With so many uncertainties during the COVID-19 pandemic, having a commitment like this to women’s hockey is a step in the right direction. With this cash influx for the PWHPA, they will be able to feature six events this upcoming season with players competing for cash prizes. This is a big change in philosophy from last year when the PWHPA players had their travel, lodging and meal costs covered for participating in weekend tournaments. In addition, the players will now have the necessary training facilities, resources, and opportunities to compete in a professional sport.

“COVID-19 affected our positive momentum and threatened our upcoming season,” PWHPA head, and Hockey Hall of Famer, Jayna Hefford said in a statement released by the PWHPA. “We’re so thankful for Secret’s ongoing support of the PWHPA. The PWHPA is made up of the best hockey players in the world, the fans deserve a chance to watch these women play and our players deserve to be treated equitably. This is a pivotal moment to create real change in women’s professional sports.”

As we know, the PWHPA was created after the CWHL folded and was set up by the players so they could have a sustainable business model. While many do not expect to make millions of dollars like their male counterparts do in the NHL, the players want hockey to be their primary job. Most players have to work multiple jobs just to maintain a sustainable living.

The PWHPA consists of 125 of the sport’s top players, including 38 Olympians like Marie-Philip Poulin, Natalie Spooner, Sarah Nurse, Kendall Coyne Schofield, Hilary Knight, Kali Flanagan and Brianna Decker. These players will take the ice in the Secret® Dream Gap Tour with teams in Toronto, Calgary, Montreal, Minnesota and New Hampshire. Through a series of six Showcase events across North America, for the first time ever, players will compete for cash prizes and the Secret® Cup.

Events like these are critical to bring attention to the incredible talent of these athletes and the need for better infrastructure to support girls’ and women’s hockey. The full player roster is now available on the PWHPA website.