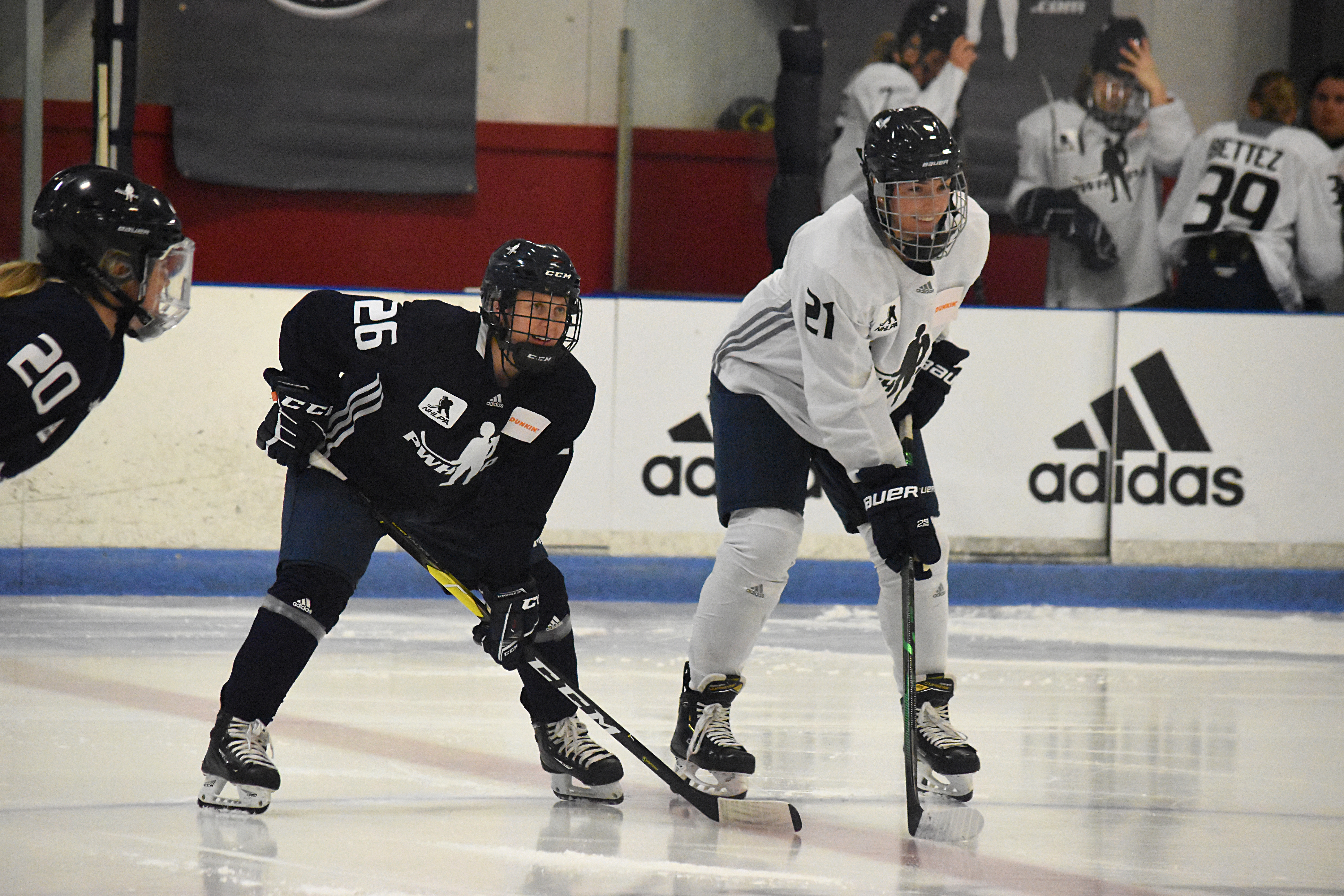 The PWHPA hit Chicago on Saturday for the first day of the Magellan Corp Showcase. It is the third stop of the ‘Dream Gap Tour’, following previous stops in Toronto and Hudson. Team Hefford opened the day with a victory over Team Dupuis, clinching a spot in the Championship game on Sunday.

Team Dupuis actually jumped out to a 2-0 lead, getting goals from Rebecca Johnston and Natalie Spooner. Team Hefford stormed back in the middle frame, getting goals from Rebecca Leslie and Marie-Philip Poulin. Team Hefford kept the onslaught up by taking their first lead of the game on an Emily Clark goal, but Team Dupuis quickly answered with a powerplay goal from Loren Gable.

Team Hefford regained the lead, as Brigette Lacquette sent a point shot through the five-hole of Emerance Maschmeyer. Hanna Bunton gave Team Hefford their first insurance marker of the game, sniping one home late in the second period.

Team Hefford’s five-goal second period was enough, as they hung on to defeat Team Dupuis 5-4 . That victory punched their ticket to the Championship game on Sunday afternoon. There, they will meet Team Granato, who defeated Team Ruggiero 4-2 in the day’s second game.

Kendall Coyne Schofield became the first player on the tour who has scored two hat tricks. She scored a goal less than a minute into the game for the fastest goal on the tour. Kali Flanagan scored the game winning goal early in the third period, breaking a 2-2 tie with a point shot through traffic. She’s scored a goal in two straight events.

Amanda Pelkey and Hilary Knight lit the lamp for Team Ruggiero, who will play Team Dupuis tomorrow in the consolation game.

You can catch the game on the PWHPA’s Youtube page, as well as CBC Sports!