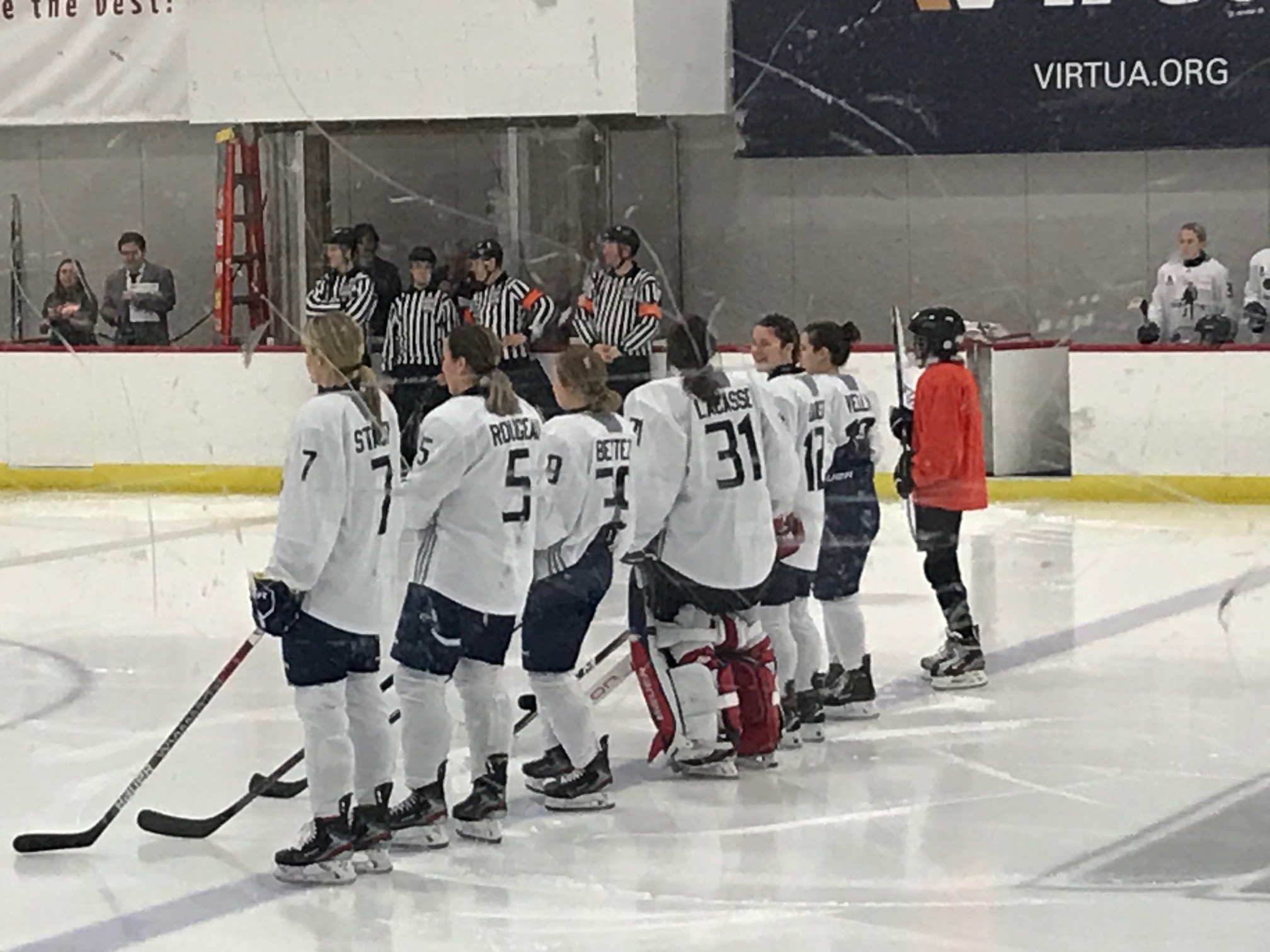 Melodie Daoust and Laura Stacey had themselves quite the afternoon. They each scored two goals in the game with Stacey being credited with the game winning goal. Stacey was named the first star of the game.

Brittany Howard played well for Team Nurse in a losing effort recording two goals of her own.

Team Turnbull goalie Genevieve Lacasse, who was named third star of the game, stood on her head from the drop of the puck. She stopped 35 shots to pick up the victory. Every shot she faced was very difficult. With her team up 2-0 Lacasse, stopped two glorious scoring opportunities by Team Nurse.

As we know in the sport of hockey, when one team is denied on one end, sure enough at the other end of the rink, the other team will sure. After that save sequence, Team Turnbull scored two quick goals to extend the lead to 4-0.

Daoust, opened the scoring in the first period. With Team Turnbull short handed, Daoust rushed the puck into the attacking zone and soon after went to work. As time was running off on the penalty, Daoust was able pot home a rebound to put her team up 1-0.

Team Turnbull extended their lead in the second period with three. First when Dauost scored her second of the game redirecting a shot from Catherine Dauost. Then Loren Gabel scored on a lose puck in front of Team Nurse goalie Erica Howe. 20 seconds later Laura Stacey made it 4-0.

Team Turnbull extended the lead in the third period to 5-0 when Karelia Emard scored on an assist from Jamie Lee Rattray. Then Howard would score twice for Team Nurse to cut the lead to 5-2.

Team Turnbull then increased their lead back to five goals when Renata Fast scored on a beautiful pass by Rattray. Then Stacey got her second of the game.

In the end the Team Turnbull was just too much for Team Nurse. The sellout crowd was treated to entertaining first game. They were hanging onto to every moment.

The game even featured a power outage prior to the start of the second period. Players weren’t sure what was going on. There was some fear the game might continue as they stood patiently wanting to get back on in the ice. The power was restored quickly and the teams were back on the ice.