Team USA Gets Revenge In Vancouver To Take Commanding Lead 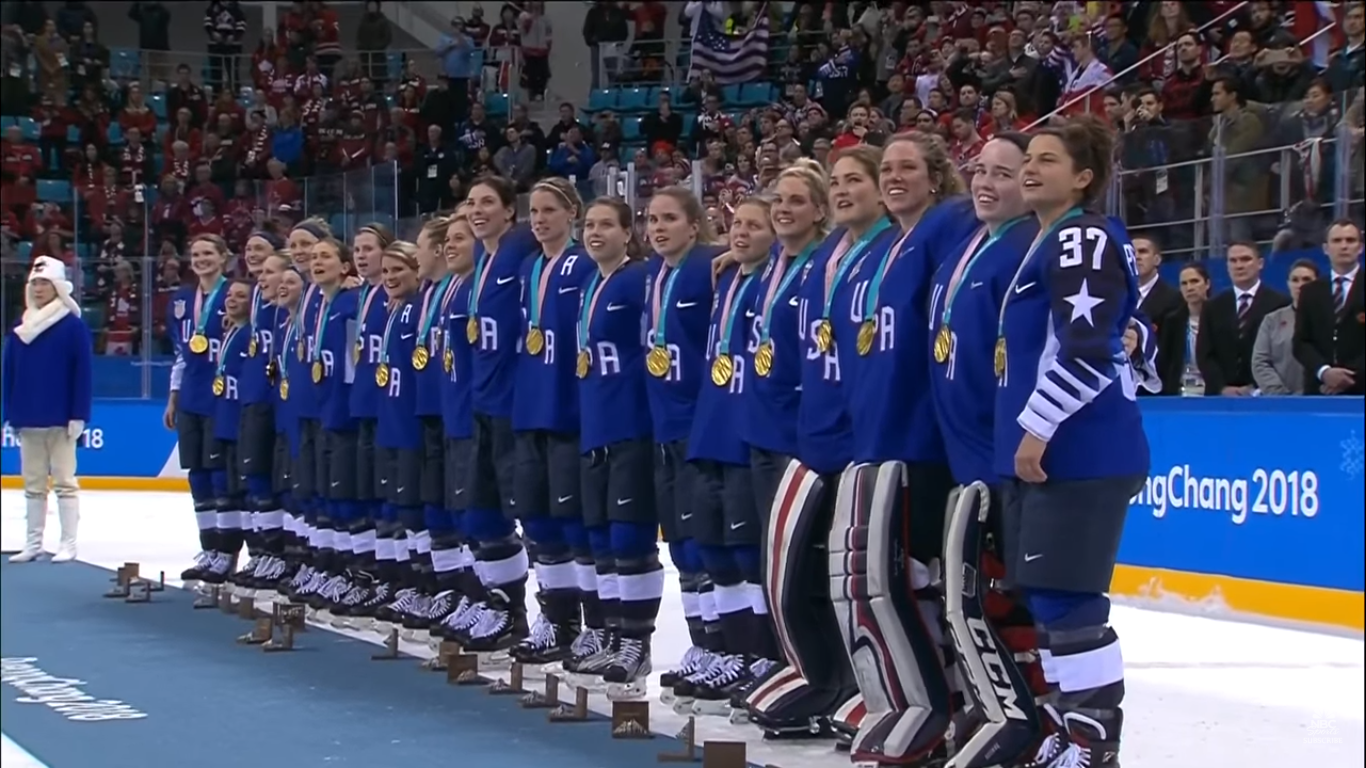 The United States got a bit of revenge on Team Canada for what happened during the 2010 Winter Olympic Gold Medal Game in Vancouver on Wednesday night during Game 4 of the Rivalry Series.

Team USA took a commanding 3-1 lead in the series with Team Canada via a 3-1 victory Wednesday night led by Hilary Knight. The United States victory in Vancouver was extra special for Knight, who used the loss in 2010, the last two times these teams faced off in Rogers Arena, as motivation.

Knight had a phenomenal game, registering the empty net-goal to seal the victory and silence the crowd of 8,467 at Rogers Arena. She also had the primary assist on Hayley Scamurra’s game-winning goal in the third period.

”Yeah a lot of it is from 2010,” Knight told the media post-game. “I had some back and forth after our gold medal loss with the fans up here. We were told to go back to our country and die, so I definitely took that to heart. They were pretty quiet the entire game. I’m happy we could get a win and go back to home soil and play in front of our home crowd.”

Knight acknowledged the fans have a passion for the game like no other, and that is what brings out the best in both teams.

Besides Knight, the other story of the game was United States goaltender Katie Burt. Burt was making her third appearance for the National Team and recorded her first victory with the club stopping 11 of 12 shots faced. While she did not face a lot of shots, she made sure to stop the ones she did see. Burt made crucial saves in the third period with the game tied and when Team USA got the lead she stepped her game up even more. It was a lead they would never relinquish.

Just like with Game 3 on Monday night, this was a back and forth affair. Dani Cameranesi, who had the other American goal, opened the scoring in the first period. Jocelyne Larocque answered for Canada. While there was no scoring in the second period, the intensity got taken to the next level.

However, unlike in Game 3, where the United States gave up multiple power-play goals, this time their penalty kill came through, stopping all four power plays by Team Canada and allowing just one shot on net. It was a tale of missed opportunities for Canada.

Game 5 of the Rivalry Series between Canada and the United States is scheduled for Saturday night in Anaheim, California, where a crowd of 11,000 is expected to cheer Team USA on to victory.