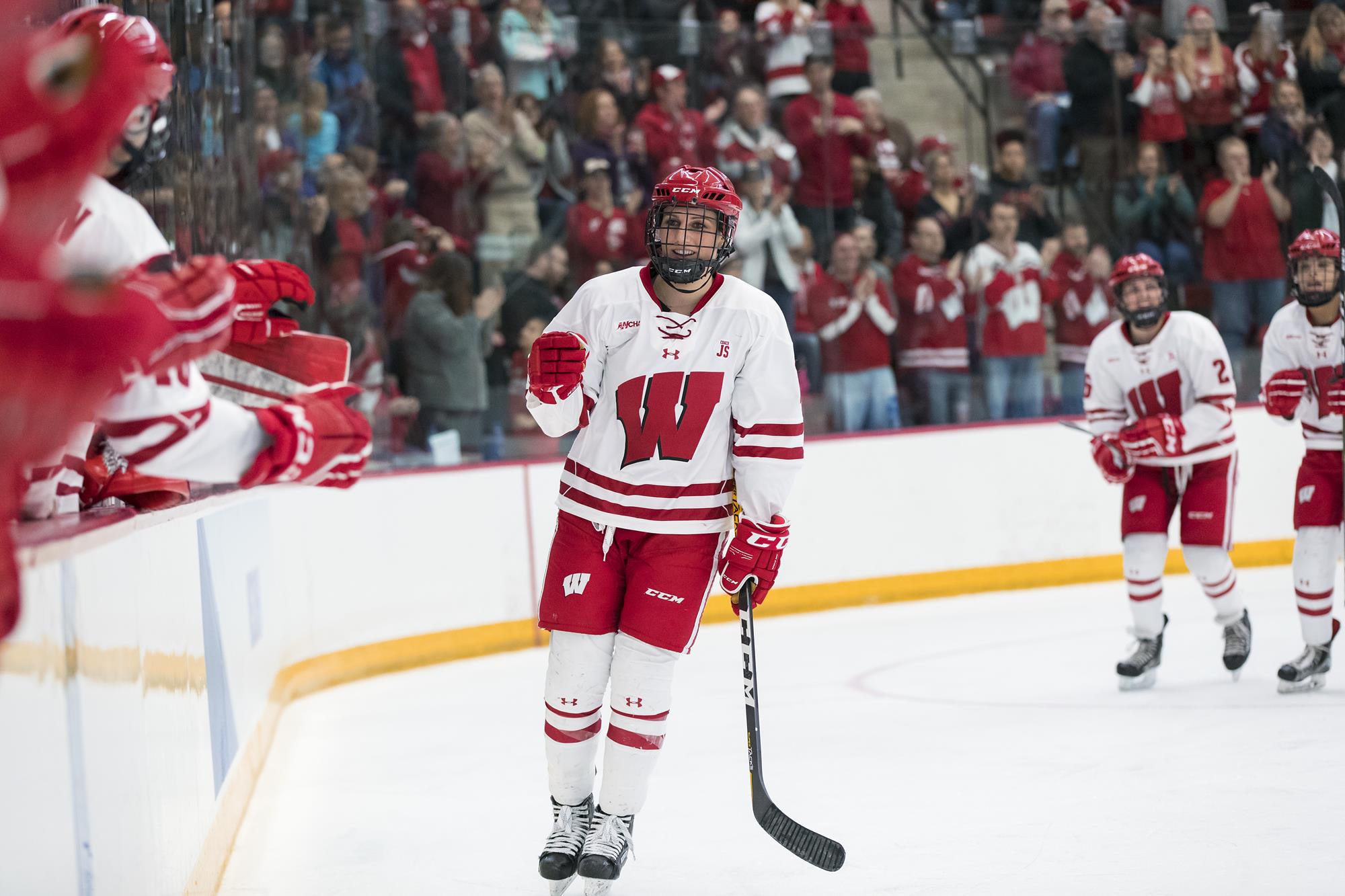 Congratulations to Annie Pankowski of the University of Wisconsin, who is the lone ice hockey player in the NCAA to be named to the final 30 for the NCAA’s Woman of the Year Award. The top 30 honorees were chosen from a pool of 151 conference nominees, according to an official release.

Pankowski won the National Championship with Wisconsin in 2019, pacing the Badger offense with a team leading 50 points during the season. She added 13 points in the postseason, scoring at least one goal in each of the Badgers’ seven playoff games. Pankowski was a Top-Three Finalist for the Patty Kazmaier Award in 2018-19, one season after taking an Olympic redshirt year.

Pankowski will continue her postgraduate studies at the University of Wisconsin School of Veterinary Medicine. She spent countless hours volunteering with the organization OccuPaws, according to the team.

Pankowski is only the second woman in Badger history to be named a top-30 finalist for the Award. The other was Badger legend Sara Bauer, who also played for the hockey program. The full list of finalists is here.

The winner will be announced on October 20th at a ceremony in Indianapolis.