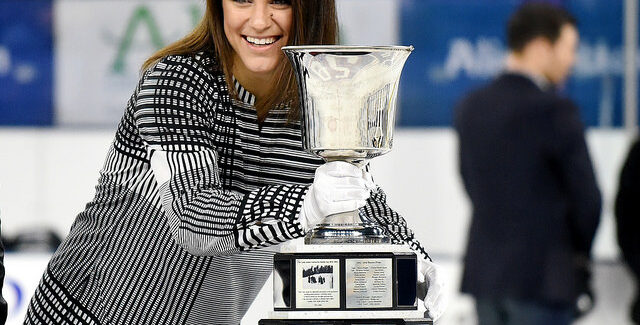 Over the past several years, the rise of professional women’s sports, including women’s hockey, has been on the rise. With the National Women’s Hockey League (NWHL) entering its sixth season of existence, they decided to pull the trigger on expanding to Toronto. This move signifies that women’s hockey is growing and there is a demand for it. Here at The Women’s Hockey Tribune, we champion for the sport of women’s hockey. While some people may brush aside women’s hockey, claiming it does not bring the same intensity, those people just need to be educated and shown how great the women’s game and women’s sports are.

During a recent interview conducted with NWHLPA Executive Director Anya Packer, as part of the Jersey Joe Corner Podcast, she talked about how instead of just brushing away the women’s game, fans are asking the right questions about what they are exactly watching.

“There are so many people on Twitch asking what it is. I’m so excited to learn more. Oh, wait these are women. Oh my god, that is so cool. That is the reaction we need to continue to drive,” Packer said. “I was saying the other day there are more people that need to learn what women’s hockey is and respect it as a thing than actively choose not to watch it. The thing is, nobody knows and that is hard. You need to educate them.”

However, part of the education process comes from realizing that these athletes do not just compete every four years at the Olympics or every year at the Women’s Worlds or the Four Nations Cup. They compete every day just like their male counterparts do. In fact, you can say they are competing a lot harder to get the recognition they deserve on and off the ice. Some fans turn their eye away once the Olympics is over.

Just look at the demand for the women’s game. A record crowd watched a women’s hockey game as the United States and Team Canada did battle in the Rivalry Series in Anaheim, California. Not to mention the ratings those games did for the NHL Network or the 2018 Winter Olympics Women’s Gold Medal Game did for NBC. People will come and watch.

“I’m pumped for the Olympics and all these nations, their stories and watching these new stars emerge and continuing to grow in this sport,” Packer added. “As we all know it doesn’t stop every four years and restart again. When we start to use our energy to drive back home we can bring to light these players are playing every single week and they are accessible and they want to see you there.”

When someone tells you there is no need for women’s hockey, that person is just not educated. While that might hurt for a moment, it is a moment for women’s hockey and sports, in general, to come in and slam the message home. Women’s sports are pro sports and it is the perfect opportunity for those leagues to educate those fans that might not understand what is going on.

In the end, it comes to down education, as Packer reiterated. The more fans that are educated, the better the sport of women’s hockey will be as it continues to grow each and every year.