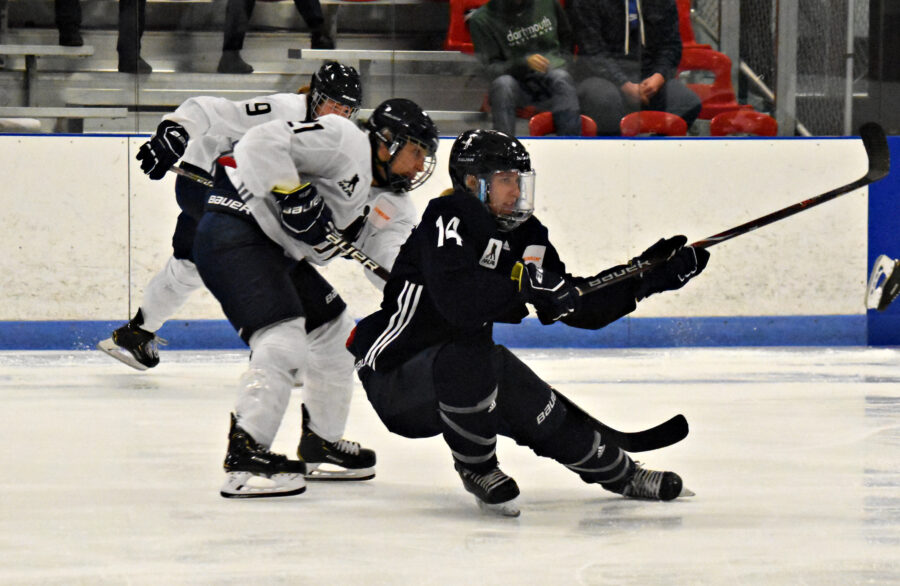 Over the next few weeks, we here at The Women’s Hockey Tribune want to introduce you to the great women of the PWHPA. You know the names, you’ve seen them play. Now it is time to take a deeper dive and get to know them better.

This morning we start with Hayley Scamurra, a Buffalo-area product who played her college hockey at Northeastern University. Scamurra, after her NCAA career, played pro with the NWHL’s Buffalo Beauts. She also won an Isobel Cup with club, and has represented her country on the international stage.

I caught up with Hayley earlier this week. The questions are in bold, while her answers follow.

The first question I want to ask you is in regards to the PWHPA. Obviously, this has been a wild fall with the formation and the first Dream Gap Tour. What does the PWHPA mean to you? What does it represent for you?

The PWHPA holds a lot of meaning for me. Recently, a few players from the Buffalo region spoke to a Girls Scout Group about what we are doing and a few girl scouts came prepared with questions for us. One girl asked what we wanted to be when we were younger. Most of us realized that we idolized NHL players and aspired to be them. I started trying to wrack my brain around any female hockey players that I looked up to when I was younger and I couldn’t think of any. That’s what made me realize how important it is for these young girls to have female role models. The PWHPA represents a hope and a vision for these young girls that I didn’t have at their age.

I got the chance to ask a few people this at the event in Hudson, but I wanted your opinion. What are you hoping the PWHPA ultimately accomplishes?

I’m hoping that the PWHPA is able to create a sustainable league where the players are treated professionally on and off the ice. A league that young girls can aspire to. And a league where women can treat hockey as their full-time job.

You got the chance to play in New England again, where you were a college star at Northeastern. What was that like to return to the region for the Hudson stop of the Dream Gap Tour?

Arriving in Boston brought back a lot of memories from college. I’ve come a long way since I played hockey at Northeastern and there have been a lot of changes in the women’s hockey landscape since then.

It was surreal. I wasn’t expecting it because so many players on my team played really well. It made it even more memorable when I was able to give a signed Bauer stick to a fan at the game. I skated over to all of the little girls standing along the glass and waved one of them to come meet me outside of the locker room. She was so ecstatic and thanked me ten times over. She told me that she wanted to play professional hockey when she grew up. That’s a moment I will never forget and it really showed me the impact that we can have on these young girls’ lives.

You played two seasons with Buffalo of the NWHL. What was that experience like for you? Does your experience in the NWHL give you a different perspective now that you are with the PWHPA?

Being able to play hockey for my hometown was something I will never take for granted, it allowed me to continue playing. If I wasn’t able to live at home, I would not have been able to afford to play professional hockey. I was also blessed with great teammates and staff who always made my time at the rink enjoyable.

I’m going to take you back to 2017 for a second. You and the Huskies lose 2-1 to Boston College in overtime to end your college career. You then join the Beauts and win the NWHL’s Isobel Cup. What were those few weeks like for you?

That was a whirlwind! I was obviously devastated when we lost in such a close battle to end my college career. At the time, I knew the Beauts were an option, but I never thought I would be playing as soon as I did. A few days later I got a call from the Beauts head coach asking if I would be able to play. I checked my school schedule and it lined up with my spring break, so I was immediately on board. Luckily it was in my hometown, so I was able to practice with the girls and stay at home for a week. Then, we beat the odds and we won the Isobel Cup which was absolutely amazing. We were so ecstatic. And then I had to go back to college that night. It was a rollercoaster of emotions over a three week period.

Since you’ve left Northeastern, the Huskies have climbed to a National powerhouse. What is that like to watch? Do you feel a sense of pride knowing that you helped usher in what could be the Golden Age of women’s hockey at Matthews Arena?

I definitely follow them and see how they are doing. I don’t have much time to watch because the games typically occur while I have games. I’m so proud of how that program has been progressing and am looking forward to following their journey this year.

So, where can we see you the rest of the winter in the rink? Will you be partaking in any other PWHPA events?

I will be at the Chicago showcase in Mid-October. We are still working out some details at the moment for exhibition games. But I will definitely be involved in other events. I’m also coaching a 19U team from the area with another PWHPA player, Emily Janiga. So, this winter I will be in ice rinks a majority of my time.