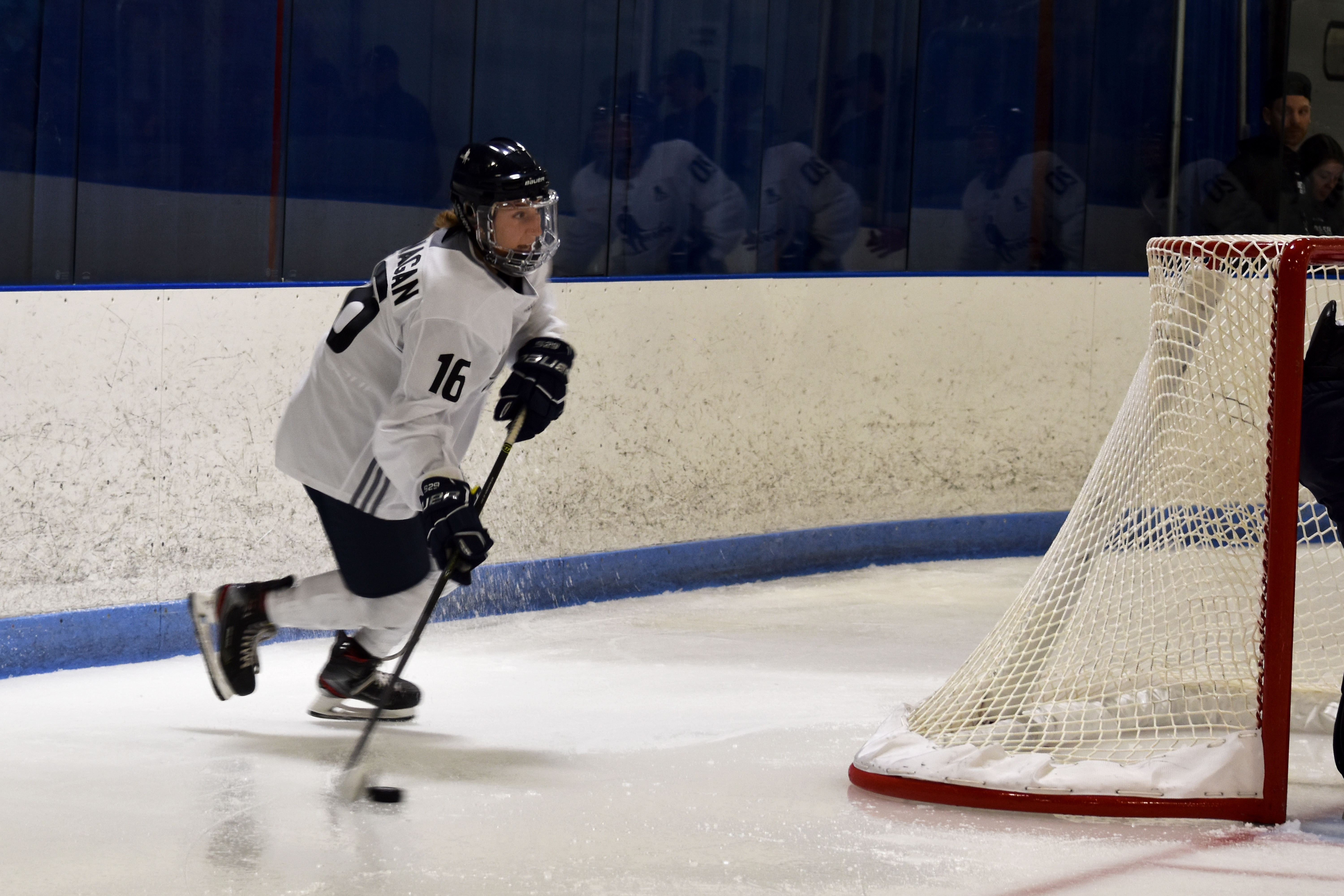 Our ‘Meet The Players’ series continues this morning here at The Women’s Hockey Tribune, on the eve of the third ‘Dream Gap Tour’ stop in Chicago. Yesterday, we gave you a deeper look at the PWHPA’s Hayley Scamurra, who will partake in this weekend’s event.

Today, we catch up with Kali Flanagan. The former Boston College star, who won an Olympic Gold Medal with Team USA in 2018, also became the first ever female coach in the USPHL.

First off, thanks for doing this! The first question I want to ask you is in regards to the PWHPA. Obviously this has been a wild fall with the formation and the first Dream Gap Tour. What does the PWHPA mean to you? What does it represent for you?

Yes. It has definitely been a wild fall, but in a good way! The Dream Gap Tour has officially hit two stops so far with the next one coming this weekend in Chicago. The PWHPA is so important to me because I believe that it is our responsibility as ambassadors of women’s ice hockey to grow and give visibility to opportunities for young girls growing up in our sport. It is our mission to make sure that the next generation of female hockey players have bigger and better opportunities available to them when it is time for them to play professionally.

I got the chance to ask a few people this at the event in Hudson, but I wanted your opinion. What are you hoping the PWHPA ultimately accomplishes?

The PWHPA stands for growing the game of ice hockey for female hockey players everywhere. We are really trying to drive this conversation of the Dream Gap in a way that portrays what we are asking for which is equal OPPORTUNITY. We know that the dollars are not going to magically become equal to the men’s dollars, because that just simply isn’t realistic financially. But we are striving for visibility, resources, professional circumstances, investment/support, and subsequently fighting to have every player earn a livable wage.

You got the chance to play in your ‘home’ arena, Cyclones Arena, at the Hudson event. How meaningful was that for you? How cool was it for you to score a goal in that event in front of a hometown crowd?

I am so proud of everything that my family has created at Cyclones Arena. It truly is a family run business that my Dad, Uncle, and their business partner have put so much literal blood, sweat and tears into. To be able to host the PWHPA at our rink was truly really special to me and it really meant a lot to see everybody’s hard work that went into making sure the weekend was successful come to fruition. Being able to score in that first game in front of that hometown crowd and with all our players in our organization there watching was awesome and to be able to feel all of that support was definitely special.

You recently took a job as an assistant coach with the USPHL’s NCDC Northern Cyclones. What was the motivation to get into coaching right away? Have you enjoyed your first season on the other side of the bench?

Yes! The motivation to get into coaching came a lot from just wanting to give back to a sport that has given me so much. Not only that, but the Northern Cyclones is the program that I literally grew up playing hockey in, so to be able to give back to the program was a no brainer for me. I’m having a blast so far and the group of guys that we have are so great. They’re coachable, funny and really skilled hockey players, so it’s been a lot of fun so far.

I’m sure you knew this but, you became the first female coach in USPHL history. How important is that to you, the fact your broke another barrier in the sport?

Yeah, being the first female coach in the USPHL is definitely something that means a lot to me. For me, I grew up playing boys hockey; they were always my peers and there was no difference to me or to them that I had a pony tail coming out of my helmet. We were just teammates, and that was it. So for me, it’s really important that I try to show young girls that, why not? Why can’t I, as a female, coach the guys? Because if you think about it, men coach women, so what is the difference? If I am qualified, and my resume meets the requirements for the job, what is holding me back? We always say “If you can see it, you can be it” and I believe it’s so important that young girls can see me up there on the bench coaching the boys and think “Oh, I could do that one day too if I wanted too.”

So, where can we see you the rest of the winter in the rink? Will you be partaking in any other PWHPA events?

Yes I am! The next place that I will be is in Chicago, October 19th and 20th for the Magellan Corp Showcase. I can’t wait!