The Pandas Are Still Here 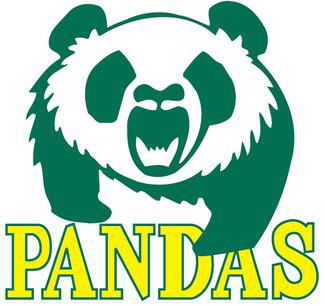 A bye past the first round of the playoffs? Check.

A goalie with a goals against average mark of under 1.00? Check.

The University of Alberta Pandas have a lot going for them when they square off against the University of British Columbia this afternoon at home in Edmonton at Clare Drake Arena in their first U Sports playoff game. Alberta has by far been the best team in U Sports Canada West conference in women’s hockey. 59 points to go along with 81 goals scored this season, 20 more than Calgary who sits second in that category, has shown that this is a team that offensively once they get going are a very hard team to stop.

5th year senior Autumn MacDougall has led the way with 31 points in regular season play. That led Canada West and she finished only behind St. Francis Xavier’s Tyra Meropoulis when it comes to the overall U Sports lead in both points and goals. The rise of MacDougall’s play over the years at Alberta is something that may have surprised some people. Pandas Head coach Howie Draper saw her work hard to develop her game despite her stature.

“I don’t know if any of us thought she’d become what she has. She’s not a huge player, she’s slight, she had an injury last year but she’s managed to rise to the occasion. She’s grown, she battles, I think she’s four foot nine but now she plays like she’s five three! She’s grown and matured, I think she was more of like a one-way player, she was all about passing. I don’t know if she had the confidence to shoot but she grew that over the years, she worked on that and now she can shoot and score and we have a couple of players like that who can do both. Put those together and you can be pretty potent”.

Alberta hasn’t been a one-player show as they have four players with 20 or more points (Alex Poznikoff, Madison Willian, Kennedy Ganser, and the aforementioned MacDougall) this season to go along with three players with double-digit goal totals.

In goal, this team has been rock solid in net thanks to the play of Kristen Chamberlin and Hallie Oswald. The two each played 14 games (Canada West’s regular season is 28 games long) and both had a goals-against of under 1.40.

Chamberlin’s stats were the best in Canada West with a mark of 11-3 and an eye-popping GAA of 0.79. You read that right. Chamberlin has become the face to watch for in the Pandas net and is only getting better as her college career goes on. The defending Canada West champs get their postseason started today at 2PM as they look for another title as the most decorated women’s program in U Sports hockey.