BIRINGER: CROWD ATTENDANCE SHOWS THERE IS A DEMAND FOR WOMEN’S HOCKEY 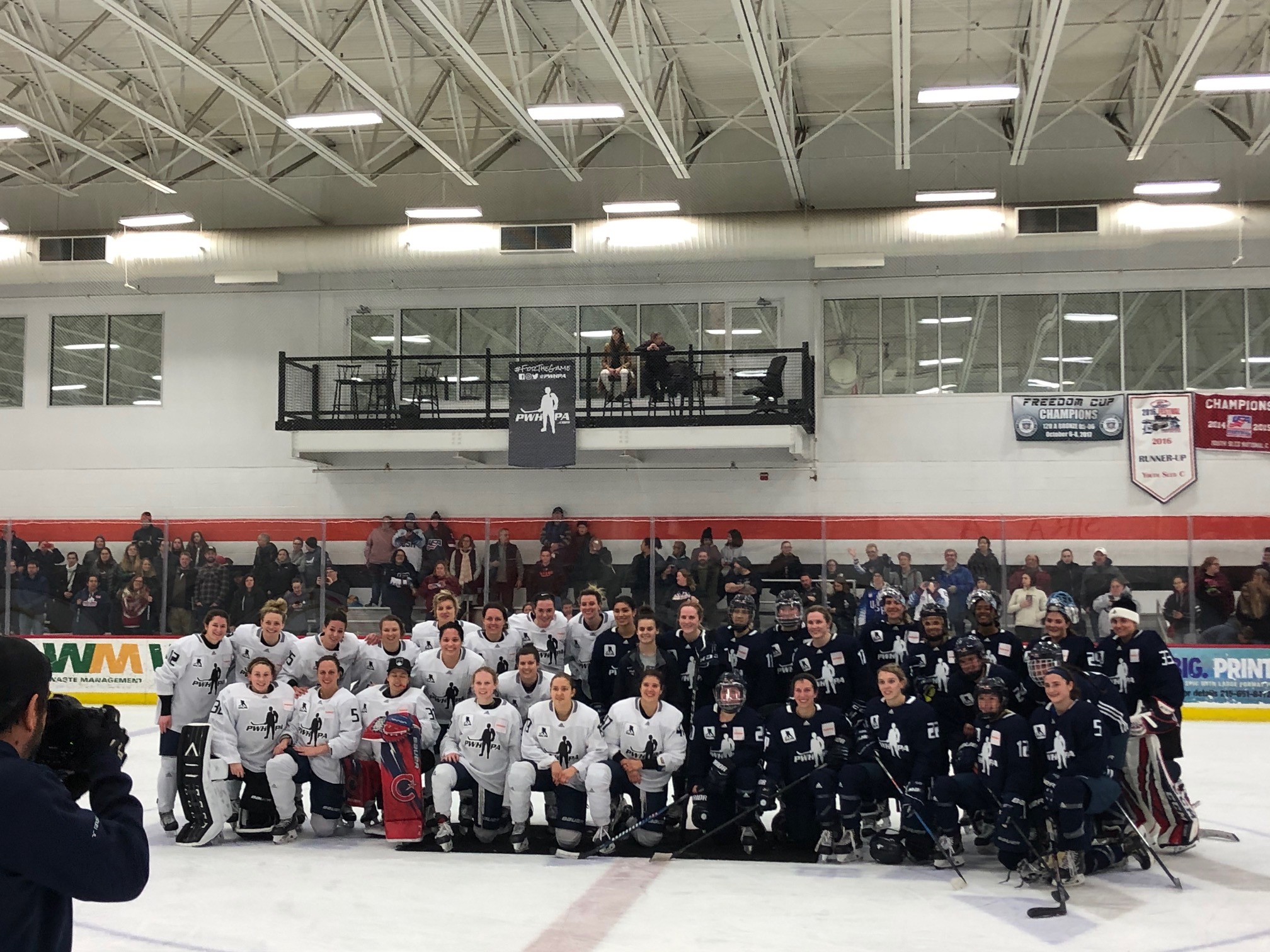 Kendall Coyne-Schofield said it best. “If you build it, they will come.” That is exactly what happened this weekend in Philadelphia as the PWHPA made its fifth stop on the Dream Gap Tour. Fans poured into the Flyers Skate Zone to see some of the very best female hockey players in the world compete. The fans were treated to four excellent hockey games that saw Team Turnbull come out victorious.

The PWHPA announced prior to the event starting that it was sold out. The excitement was palpable even before the drop of the puck. You could really feel the demand for women’s hockey.

“It’s incredible!!” Kendall Coyne-Schofield replied when asked about what the turnout has been like at these stops along the Dream Gap Tour. “I think we have proven over and over again that we have a product. We have amazing players that are a part of the PWHPA.”

Many of the fans had only seen these ladies compete on their television. Now, they got to see them up close and personal. People of all ages came to the event, but this event was especially exciting for the younger girls who play the game or are fans of the sport. They got to see their role models and interact with them.

While watching their favorite players on television is one thing, it is another thing to see them in person. It opens a new avenue of opportunities. It helps these young girls believe they can accomplish anything they set their minds to. After all, that is the whole goal of the PWHPA.

“Just about every stop has been sold out. It is exciting to say that has been consistent no matter where we go, but I think everywhere we go feels like home,” Coyne-Schofield added. “I mean just being on the ice with 60 girls during a sold-out clinic on Friday, just to see the smiles on their faces, be accessible to them, answer their questions, it is important to get in front of these girls. To inspire them, follow their dreams as we did with ours.”

The PWHPA wants to inspire the next generation of female hockey players to dream big and believe anything is possible when they put their mind to it. Having more exposure to the game through these events, along with the addition of the streaming service from ESPN and Monumental Sports Network, will expose younger girls to the game of hockey. Not only will they dream of playing for their country one day, but they can dream of playing professional hockey for a living.

While this was the fifth stop on the tour this season, the one thing the players can all agree on is how consistent the crowds have been for each stop on the tour. These players believe they have a product that is good and the way fans are turning out they are right. Everywhere the PWHPA has gone, the players have seen little girls in the stands holding signs cheering them on. It is special for the players to have that kind of support as they try to create a sustainable league for the future.

The PWHPA wraps up the 2019-20 Dream Gap Tour in Tempe, Arizona this weekend. A sellout crowd is expected to be on hand.