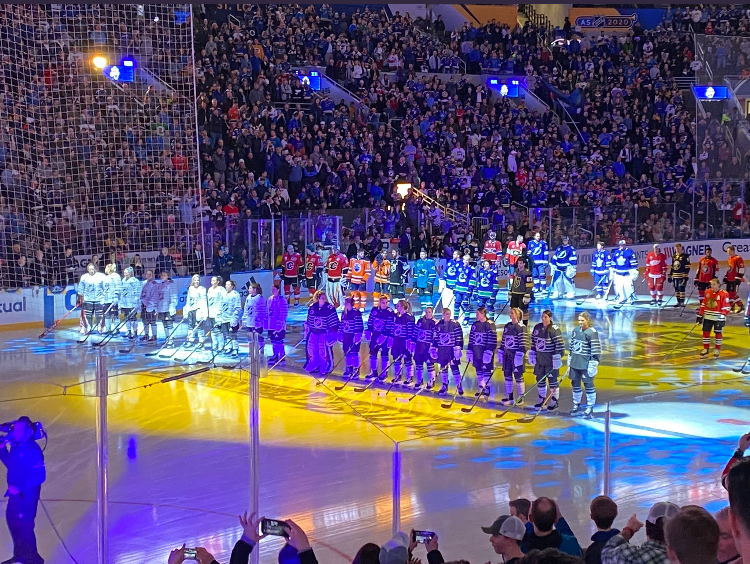 The momentum started Wednesday night during the ECHL All-Star Classic and carried over into NHL All-Star Weekend in St. Louis. The PWHPA sent 20 of its best players  from the United States and Canada to compete in a 3-on-3 game on the biggest stage. It was a friendly rivalry game between the US and Canada that put more eyes on women’s hockey to help grow the game.

These ladies put on a show for the crowd in St. Louis and those watching on NBCSN, Sportsnet and CBC. These ladies did not disappoint. While it was only an exhibition, you could feel the tension between the players from Canada and the United States. While these players are friendly off the ice promoting the ‘Dream Gap Tour’, on the ice it is a different story.

For a 3-on-3 game, this was a low scoring affair as Canada edged the United States by a score of 2-1 on goals by Melodie Daoust and Rebecca Johnston. Hilary Knight scored the lone goal for the Americans.

Do not let the score fool you. This was an entertaining affair. There were lots of scoring chances for both sides. With all the star power on the ice, the story of the game was the goaltenders, especially Canada’s Ann-Renee Desbiens. She played phenomenal, stopping the Americans every chance she got. Not to be outdone by her Canadian counterpart, Alex Rigsby Cavallini was great for the Americans. She only gave up two goals and kept her teammates in the game.

Just like with the ECHL All-Star Classic, the Elite Women’s 3-on-3 game was a success. Outside of the fastest skater and hardest shot, this was the most entertaining event during the skills competition. The women showed they belonged on the biggest stage.

“It’s an atmosphere you dream about often. You want to see a full building of people supporting women’s hockey. We know we can get there, if you build it they will come,” Kendall Coyne Schofield told the media after the event.

“If we had the right and proper infrastructure day in and day out, we will have that many fans routinely. To have that full building was awesome.”

Women’s participation has only gotten bigger and bigger at the NHL-All Star weekend. In 2018, the NHL had members of Team USA demonstrate events at the skills competition. Of course, nobody will ever forget what Coyne Schofield did last year. She competed in the fastest skater competition and finished just a second behind the winner, Connor McDavid of the Edmonton Oilers.

After the two periods were all said and done, these players left the fans in the building and those watching on TV wanting more. That was the whole objective of this event, to show that women’s hockey belongs. The results from Friday night prove it.

This event was a giant “step forward” as Wayne Gretzky put it. The exposure of women’s hockey to fans who might have never had the opportunity to see these women play gives belief to the over 200 members of the PWHPA that one day their dream of sustainable league is possible.